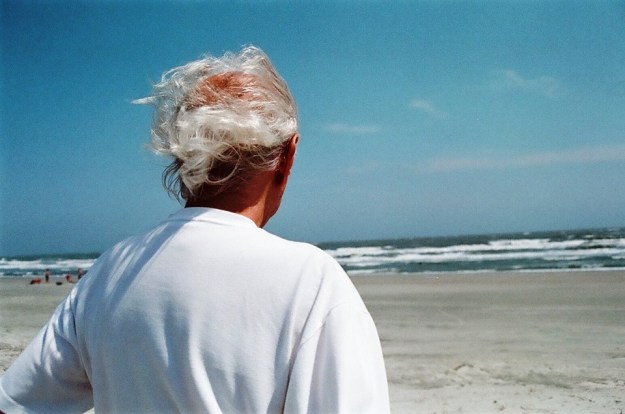 I thought it was great to see the letter remembering Marvin Chernoff in The State today — and good initiative on Cindi and Warren’s parts, getting that in in spite of their new, earlier deadlines.

I especially liked that it was from Tim Kelly — one of a number of then-bloggers who encouraged me when I was first starting a blog myself in 2005, and the man who singlehandedly talked me into getting into social media in 2009, after which I promptly became a Twitter addict. But I like Tim anyway.

I had wanted to write something about Marvin myself yesterday, but didn’t feel like I had enough material at hand. Marvin had told me stories about himself, while he was working on his memoirs, but I had just enjoyed the stories without taking notes.

Tim’s letter encourages me to just plunge ahead…

I knew Marvin first as one of the people, along with his partner Rick Silver, Bud Ferillo and Bob McAlister, who would bring clients in to the editorial board to pitch their points of view (something I occasionally do now).

I remember him as the “idea man” — the gently mocking title Neil White gave him — who came up with “It’s Happening Now.” Which didn’t catch on the way “Famously Hot” has (shameless plug for ADCO, competitor of Chernoff Newman), although I actually thought it was better than most people did.

I even worked with Marvin, very briefly, right after leaving The State. He had just started his new virtual agency, MC2, and he had a client who needed help writing an op-ed piece. I got my first taste of the communications/PR side of life taking a lunch with him and the client, and listening to Marvin speak expansively about all the great things he could do for the client. So this was what it was like outside the editorial boardroom, I thought. Which for me at the time was a little like being under deep cover behind enemy lines…

Marvin was originally a political consultant, and he came to South Carolina to promote the legendary campaign of Pug Ravenel. After that campaign — the last really exciting one in SC, according to those who were there — crashed and burned on a technicality, Marvin stayed on, contributing to the community in many highly visible ways.

I’m sorry I won’t have the chance to hear those stories again, and write them down. The last couple of times I talked with Marvin, he was working on his memoir. According to The State, he completed it, although the book remains unpublished. I’d like to get ahold of a copy…