That was my first thought when I heard that at long last, Harry Reid will be leaving the Senate. 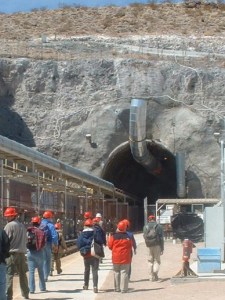 Finally, the place the nation decided long ago would be our permanent repository for nuclear waste MAY open, with its chief obstacle retiring. It’s long past time that Yucca Mountain provide South Carolina (and other states) some relief on this. That was the plan, and it was always a good one.

So now it can happen.

But beyond that, can you think of anything about Reid’s tenure as majority/minority leader that was good? Neither can I. His name just conjures up a lot of unpleasantness for me. He’s not alone in that; I have similar impressions of names such as Boehner, Pelosi and McConnell. Together they’ve presided over a particularly ugly and unproductive period in congressional history.

Dare I hope he’ll be replaced by someone who will turn that around?

Ummmm… Maybe I should just stick to hoping for the Yucca Mountain thing. That’ll be tough enough…

3 thoughts on “Harry Reid’s leaving. So can we open Yucca Mountain now?”