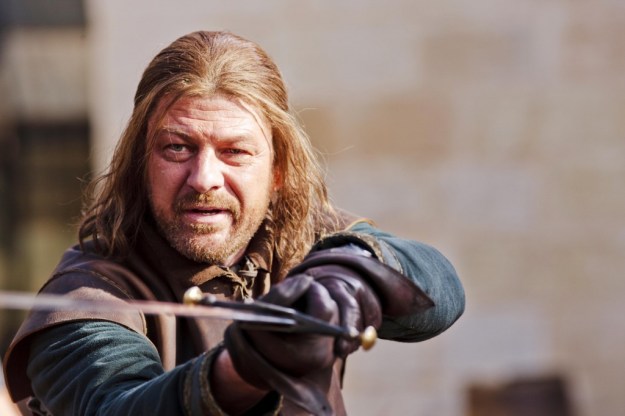 People used to say “He who lives by the sword dies by the sword,” Ned Stark being a case in point. Today, they seem to think that if you outlaw swords, only outlaws will have swords…

You know, today would be a good day to just let Bryan take over the blog, the way he did while I was out of the country. I’d suggest that, but I’ve been binge-watching “Game of Thrones” via HBO NOW, and if there’s anything to be learned from that, it’s that it can be dangerous to leave someone else in charge of your kingdom.

Here’s the second topic today suggested by Bryan. He alerted me to this report from the Pew Research Center, which is summed up in this lede:

For most of the 1990s and the subsequent decade, a substantial majority of Americans believed it was more important to control gun ownership than to protect gun owners’ rights. But in December 2014, the balance of opinion flipped: For the first time, more Americans say that protecting gun rights is more important than controlling gun ownership, 52% to 46%….

I think this is related to what’s been happening in the GOP the last few years. 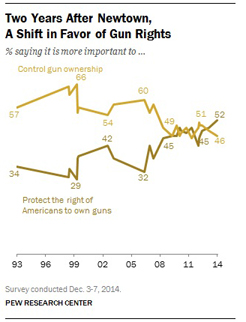 Increasingly, “conservatism” is really libertarianism in disguise, and is related to anti-government feeling in the country. People who once upon a time would have wanted just the cops to have guns don’t trust cops that way any more. It’s a two-edged blade — distrust of government on one side, a libertarian view of the 2nd Amendment on the other.

Also, as the Pew report notes, people have an exaggerated sense of the prevalence of crime. They think the streets are more dangerous than they are, and since they don’t trust government to protect them from all that imagined mayhem, they want to pack heat….

44 thoughts on “Americans concerned about crime used to favor gun control. Not so much now…”