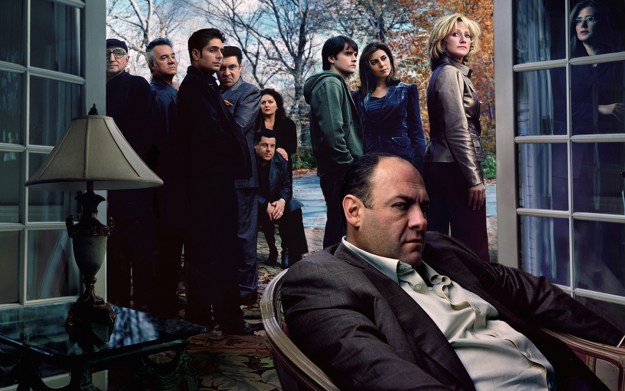 This is me in the past, wondering why I couldn’t just pay for the channels, or specific shows, that I actually wanted to see.

Back when I was editorial page editor, Bud Tibshrany used to ask me out to lunch about once a year. That’s because he was doing PR for Time Warner Cable, and his job required that he check in with me periodically, and going to lunch with him was less of an interruption to operations that a full editorial board meeting. I had to eat anyway.

Each year, he’d ask me if I had any questions about Time-Warner or the industry. And I always had just one question: When will I be able to buy channels a la carte instead of having to pay for scores of channels I didn’t want just to get AMC? It was really all I wanted to know.

I knew I was being a pain, but he asked.

The answer was always the same: Not in the foreseeable future. The cable providers’ hands were tied by the contractual demands of the content providers, and so forth. Which was true.

True then, that is. Times are a-changin’:

Web streaming is upending the neat arrangement long enjoyed between TV channels and cable providers such as Verizon and Comcast. Verizon pays ESPN and other channels a certain amount to carry their programming, a cost that gets factored into customers’ monthly bills. But with consumers complaining about paying for too many channels and switching to online streaming alternatives such as Netflix, cable firms are feeling the pressure to cut costs — and even drop channels, especially those with plummeting ratings.

The swift decline in cable has been particularly harmful for Viacom, which typically presses cable distributors to run all of its channels — including MTV, VH1, Comedy Central and Nickelodeon — or none of them. The company announced this week that it will cancel some shows and lay off staff as part of a broad restructuring plan….

Just last night, in response to an invitation via my Apple TV, I signed up for a free one-month trial of HBO NOW, which markets itself with the pithy tagline, “Now, all you need is the Internet.”

Well, that and $14.99 a month, which I probably will not spring for when the free month is up.

But in the meantime, it’s pretty awesome. We watched “Jersey Boys” last night, and enjoyed it. I see that I can catch up completely on “Game of Thrones” if I care to binge, starting with the first season. Or watch “The Sopranos” again all the way through, or any other series that has ever been on HBO. And I can send back that DVD from Netflix with the first episodes of “True Detective” on it. The whole series lies before me now.

Anyway, whatever I do going forward, I appreciate this brave new world…

5 thoughts on “The long-awaited collapse of the ‘bundle’”