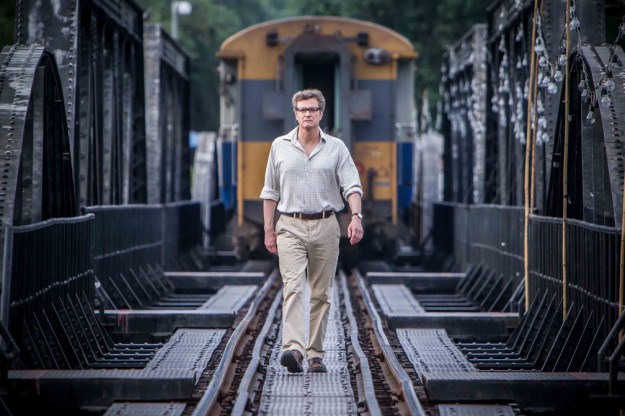 Colin Firth crosses the bridge over the River Kwai at Kanchanaburi.

Yeah, I know, y’all give me a hard time for going on and on about The West Wing a decade late, but hey, I’m not anachronistic — watching stuff when I feel like it puts me perfectly in synch with my times. I’m now bingeing on the third season of “Game of Thrones,” and that’s perfectly cool, so get outta my face.

And here’s my review of movies I watched over the weekend. You will kindly ignore the fact that both were released in 2013…

The big news is, I lost my status as the last parent or grandparent in America to see the cartoon blockbuster “Frozen.” I had watched the hilarious video of the snowbound Mom who wants to throttle every character in the movie a number of times and enjoyed it. I had not, however, seen the source material. But Saturday night, the Twins were spending the night with us, and I took the plunge.

And it was… OK. I can see why the little girls in the family like it. And I can see why feminists, who’ve been complaining about the fact that little girls love princess movies, and in the past all movie princesses have needed a prince to save them, like it. But it was flawed.

And the biggest flaw had to do with that very same plot twist that kept this from being the standard Prince Charming plot. We are told that Anna can only be saved by an act of True Love (the second-best thing in the world, right behind a good MLT, where the mutton is nice and lean), which the audience (and the other characters) are programmed to believe would be a kiss from the appropriate prince.

But what didn’t work was the device of having the would-be savior prince turn out to be a villain at the critical moment — thereby necessitating the self-sacrifice scenario.

The Twins had warned me of this. They had told me that he was really a bad guy, from the moment he was introduced, and even sketched out exactly how he was a bad guy, but it just didn’t sound plausible. I decided they weren’t remembering it exactly right, because what they were saying didn’t add up.

Oh, they were remembering it right.

I was willing to believe that he wasn’t the guy Anna should marry. I agreed with all the other characters who were appalled that she tried to get engaged to the guy the day she met him. I could see an outcome in which the commoner Kristoff would turn out to be more suitable. The thing with the prince could easily be an ill-founded infatuation.

But until the moment when his bland, concerned face took on a wicked leer just as he was being asked to save the day, we had had no indication that he could be not merely unsuitable, but downright evil. I mean, the guy we had come to know up to that point might not be husband material, but he would at worst be a good friend to Anna. How about that song in which they were finishing each other’s sentences? They had a lot in common. And there he was seemingly doing his best to run the kingdom in the absence of the princesses, if somewhat ineffectually. (OK, another thing that didn’t work was Anna letting him run the kingdom in their absence when she had just met him that day. But hey, he was the only nobleman handy.)

You just don’t do that. It’s bad writing. You at least give an audience a hint of a guy’s character flaws before he becomes Cruella De Vil.

It didn’t work. It was like the thing that makes “24” so cheesy, with people the protagonists utterly trusted turning evil in one hour, then turning back into allies in the next, just to keep the plotline moving.

Then, after the Twins had gone to bed, I put in the other DVD I had from Netflix — “The Railway Man.” I had heard about this one from a Brit I met on a bus to Kanchanaburi. The film was partly set in the town I was headed to, which piqued my interest even more than it might usually have done.

It’s based on the true story of Eric Lomax, a man who at the outset of the film is a mild but slightly dotty Englishman of middle age, circa 1980. He is played by Colin Firth. All we know at first about him is that he obsesses about train schedules. He knows everything about every train in Britain, where it goes and when it goes there. He also has a delightfully encyclopedic knowledge of the towns where the trains stop. This, among other things, helps charm Patti (Nicole Kidman) into falling in love with him, and they marry.

But then, along with Patti, we learn that Eric is a deeply troubled man. Even dangerously so. And eventually, we learn why: As an officer in the British Army during the war, he was captured at Singapore by the Japanese and became one of the slaves forced to work on the Death Railway. He was already what he terms “a railway enthusiast” in his youth, and he was able to explain to his fellow prisoners what was in store for them. After noting that building railroads was such harsh work that most were built by oppressed outsiders who had no other option (Irish navvies fleeing famine in Britain, Chinese coolies in America), he said that the reason no rail line had ever been laid from Bangkok to Rangoon was that everyone knew it would be an unprecedented act of incredible human brutality to build it through jungle and mountains that lay in the way. It would take “an Army of slaves” to do it. And they were that Army.

Lomax ended up suffering more than most. When he is caught with a contraband radio, he is tortured at length by the Kempeitai. And when they see the map he had drawn to explain the project to his comrades, they absolutely do not believe his explanation that he is merely “a railway enthusiast.”

Things come to a head when Lomax learns that not only is the Kempeitai man who had interrogated him during the torture still alive, but he’s in Kanchanaburi as curator of a museum about the building of the railroad, which killed thousands of Lomax’s comrades.

So Lomax takes a knife and travels to Thailand, determined to bring an end to his torment. (A dramatic moment involving that knife takes place on the very bridge over the River Kwai that is behind me in this picture.)

I had an exchange with M. Prince the end of last week about the horrors of war, and about the question of whether anything honorable can be found in war. I thought about that while watching “The Railway Man,” because I have never seen a more profound examination of that question — showing the worst man can do to man, and how honor can be twisted into its opposite — than this film.

Nor have I ever seen — major SPOILER ALERT here — a more beautiful evocation of the power of forgiveness and reconciliation between deeply wounded, hurting human beings.

I highly recommend this film. Five stars. It may not have the epic sweep of “Bridge on the River Kwai.” It’s a quieter, less assuming film. But I actually think it’s better. 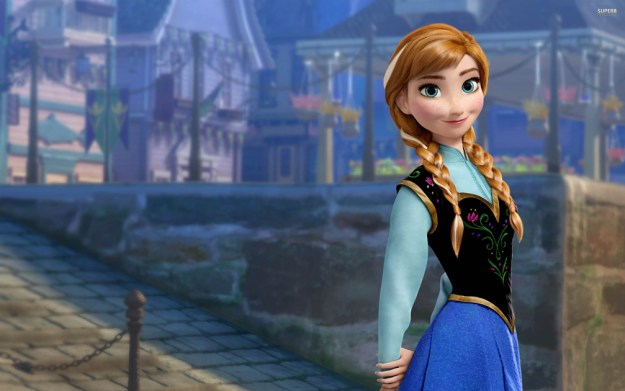 The sheltered Anna exhibited poor judgment in choosing a fiance.