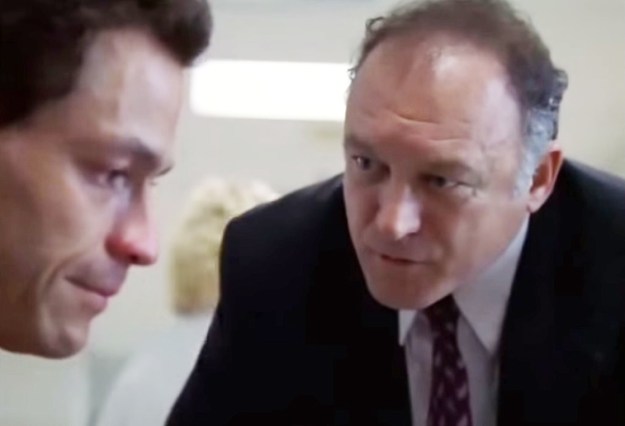 Excuse me for writing about another show that’s been off the air for years (like “The West Wing”), but hey, we’re in a new TV world, in which when something was on the air is pretty much irrelevant. Today, you see a show for the first time when you see it.

And I just wanted to share the best scene I’ve encountered on “The Wire.” It was in episode 11 of the first season, titled “The Hunt.” (I’m now on the second episode of the second season.) YouTube won’t let me embed it, but you can see it here.

Even if you haven’t watched the show at all, you can sort of appreciate it with a little setup, if you can abide the intense, concentrated, rapid-fire use of cusswords — which is so over the top that it adds a slightly comic touch to this deadly serious scene. But you don’t want your kids hearing it. Or your parents.

Anyway, the anguished guy in the muted red polo shirt with blood on his face is Jimmy McNulty, the protagonist — a singularly insubordinate, know-it-all cop who is extremely upset because a colleague and friend just got shot. This is the first time you’ve ever seen McNulty at a loss, doubting himself. The guy in the suit “consoling” him is his erstwhile boss, the head of homicide, who — as you may notice — hates McNulty’s guts. And not just in the usual, cliched, “I’m tired of defending your shenanigans to the commissioner” way that we’re accustomed to in ranking cops on TV.

And yet, in his own furious, about-to-blow-his-stack way, he’s trying to make McNulty feel better. And does so pretty effectively.

Interesting leadership style. Impressive, yet… do you really want this guy as your boss? 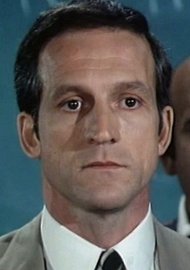 In the early 80s, when I was in my first management position, running the news coverage of a small daily in Tennessee, I used to watch Captain Frank Furillo on “Hill Street Blues” and aspire to be exactly that kind of firm-but-fair, graceful-under-fire boss that he was.

But Capt. Furillo was a Sunday-School teacher compared to this guy, who makes you re-evaluate the whole tough-but-fair thing.

Anyway, I love it when a scene tells you something new and unexpected about a character in a way that is completely believable (instead of the contrived way that is too common on most TV shows — see “24”).