Wow, that was quick.

This was just reported: 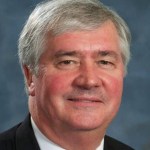 State Rep. Nelson Hardwick, R-Horry, resigned Tuesday evening in the middle of his sixth term after an investigation by the House Speaker’s office.

Hardwick was accused to sexually harassing a female House staff member, accorrding to four lawmakers who did not want to be identified because of the sensitivity of the investigation….

Not knowing him, I went to look him up… and he had already been removed from the list of members on the legislative website.

Winston Smith moved quickly on this one. One day a lawmaker, the next day… you are an unperson.

Speaker Lucas had this to say:

“I received Representative Hardwick’s resignation letter and accepted his decision to step down from the South Carolina House of Representatives,” Speaker Lucas stated. “As Speaker, maintaining the integrity and public trust of this Body is my highest priority.  Any inappropriate activity related to the men, women, and staff that serve in the House Chamber has been and will continue to be investigated thoroughly and expeditiously.  Each of us have been entrusted with the opportunity to serve the public and that trust must never be called into question.”