When I returned from Thailand, I had an email from Elaine Kamarck at the Brookings Institution: 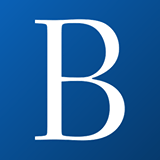 I’m reaching out to invite you to contribute a short essay for our FixGov blog at the Brookings Institution. FixGov focuses on new ideas to make government work and identifies and aims to solve the nation’s most pressing political and governance challenges with sensible and realistic solutions.

A major thematic focus area of the blog and our work here at Brookings is improving media capacity.  Given your expertise, I welcome you to author a blog post for an upcoming series that will explain the current state of media in America and propose solutions for reinvigorating the industry, improving local and national news coverage and bolstering media oversight. The series will begin in mid- to late-Spring…

I sort of wondered how they got my name. I learned that, as I had suspected, E.J. Dionne had mentioned me. Which I appreciate.

Anyway, I proposed a topic to them and sat down and wrote it a couple of weekends back, and today it was published.

My topic was the decline of mid-sized newspapers, and why it matters — in terms of not being able to perform (as well) their watchdog role on the state and local level. After mentioning the ironic juxtaposition of the Charleston paper getting a Pulitzer on the same day more staff reductions were announced at The State (which happened after I chose my topic, but gave me a timely peg), I elaborated:

That matters because midsized papers have been the watchdog on the levels of government that most affect our lives. We drown in political news, commentary, gossip and minutiae out of Washington, but there’s no such informational vitality at the state and local level. When there are less than a third as many of you as there used to be, and you’ve added the 24/7 churn of web publishing, it gets hard to do anything more than feed the beast. Enterprise suffers….

And then I got to this point:

So, with newspapers shrinking and blogs unlikely to replace them, who is going to watch our state legislatures and city halls across the country? Increasingly, no one. Or worse, the wrong people…

That’s when I got into the fact that it was great that the S.C. Policy Council stayed on the Bobby Harrell story until action was taken. But I found it disturbing that an ideological group that doesn’t want to tell us where its money comes from was playing a role once played by broad-interest newspapers supported transparently by the ads you saw every day.

But you know what? Just go read the whole thing. Then, if you like, come back and we can discuss it further.

25 thoughts on “My piece for the Brookings Institution”