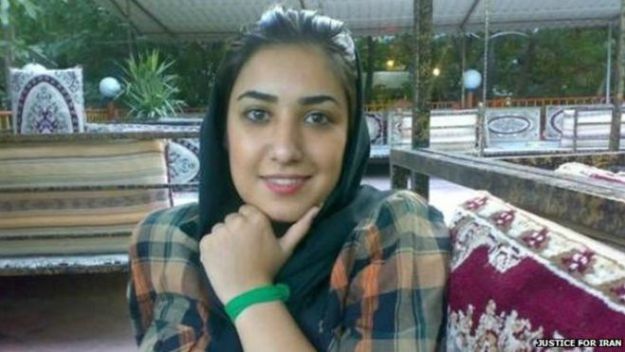 A lot of people have had trouble understanding my point that there is nothing noble about holding contests to see who can mock Mohammed the most, It’s just stupid, immature and offensive.

Many imagine that those who participate in such pointless insults to Islam are courageous defenders of freedom of expression.

No. In case you’re still having trouble telling the difference, this is the kind of cartoonist that we have a First Amendment to protect:

Iran’s thin-skinned mullahs have jailed an artist who drew a cartoon disparaging members of parliament over their decision to restrict birth control for women.

Atena Farghadani, 28, had what Iran considers a trial in Tehran’s Revolutionary Court on May 19 and is now awaiting a verdict. She was charged with “insulting members of parliament through paintings” for drawing  the officials as animals, according to Amnesty International. It is not clear what kind of maximum sentence she could face.

“She’s truly an angel,” a relative of Farghadani told FoxNews.com on condition of anonymity. “She just loves people and animals, and besides for all her artistic talent, she is such a strong supporter of human rights.”…

See the difference? Standing up and criticizing the powers that be in your own oppressive country is courageous, and has a point. We have a First Amendment to protect people who do that in this country. That is essential to being a free country.

Being intentionally offensive to millions of innocent Muslims who have done you no harm is just being a jerk, not a hero. You’re free to do it, but don’t expect me to pat you on the back for it.