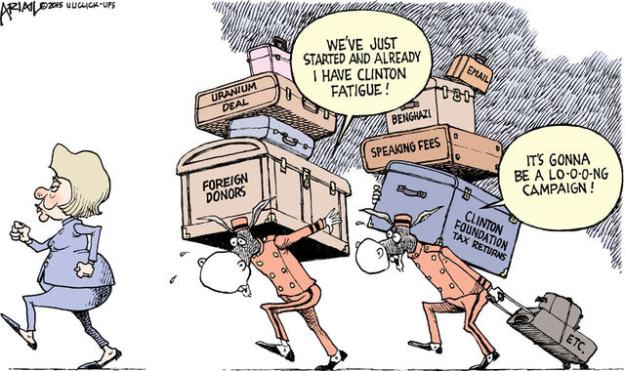 Well, some of her emails have been released:

The State Department on Friday released nearly 900 pages of e-mails on Libya and the Benghazi attacks from the private account Hillary Rodham Clinton used while she was secretary of state.

The messages have been turned over to a select House committee investigating the Sept. 11-12, 2012, attacks on U.S. compounds in Benghazi, in which the ambassador to Libya, J. Christopher Stevens, and three other Americans were killed.

Few of the e-mails deal directly with events leading up to the attacks or their aftermath, according to those who have seen them. Many contain administrative details, press accounts, speech drafts and other information exchanged between Clinton and her senior aides.

But the messages, some of which were published this week by the New York Times, capture the concerns of Clinton and other officials about the political chaos that engulfed Libya during and following the 2011 NATO air attacks that facilitated the overthrow and death of Libyan dictator Moammar Gaddafi later that year….

If you want to read them instead of just read about them, click here.