My son Matt shot a lot of video at the Take the flag down SC! rally at the State House Saturday.

He edited it down to this, to which I added a little bit of voiceover commentary, and he shared it with me today on this Father’s Day. 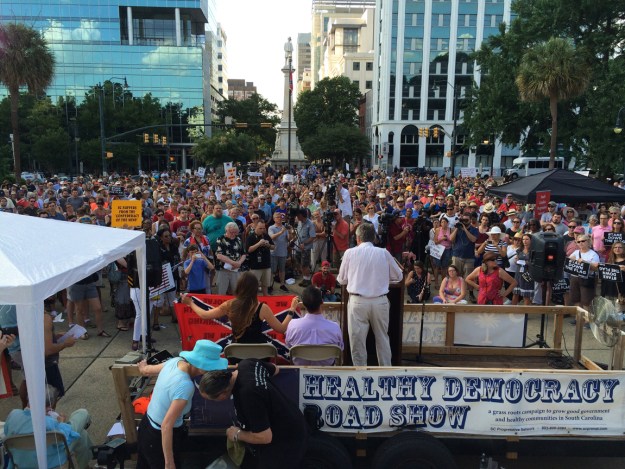 15 thoughts on “A short film about the Confederate flag rally Saturday, and what it meant”