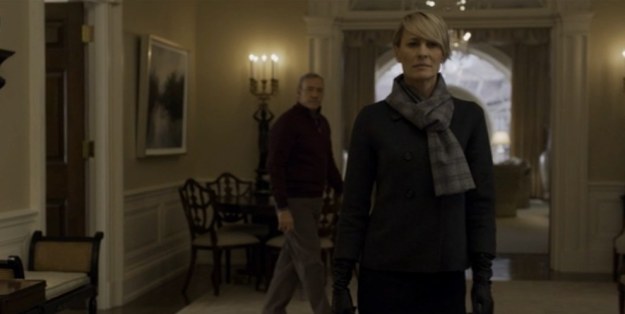 Good riddance to you both! Now can I have my life back for awhile? And could somebody turn up the lights?

Pope Francis recently disclosed that he hasn’t watched television since 1990. Which means he’s like way behind on “Game of Thrones.” Among other things.

I’m beginning to think His Holiness is onto something. I’m feeling… a bit out of control with my own binge-watching lately. Wouldn’t I be a better person — more productive, more attuned to the needs of those around me — if I stopped watching Netflix, HBO NOW, the downstairs TV, the upstairs TV, the Roku, the Apple TV, the iPad and on very rare occasions, actual broadcast television?

The Pope has enough on his plate keeping up with matters relating to this world and the next, much less Westeros and all those other fictional universes out there.

Today, the front of the Arena section of The Wall Street Journal raises the question, “How Many TV Series Can Your Brain Take?” An excerpt:

“Game of Thrones,” which will leave multiple story lines dangling for a year with Sunday’s season finale, is notorious for befuddling even ardent fans with its many clans, lands and simmering subplots. But it’s just one of many shows taxing the memories of audiences who have been flooded with complex story lines and crowded character ensembles.

“Orange Is the New Black,” which returns Friday for a third season on Netflix, uses more than 20 characters to populate a fictional women’s prison with inmates and staff. On “Orphan Black,” finishing its third season on BBC America this month, lead actress Tatiana Maslany plays six different characters, all clones, in a sci-fi conspiracy story. New viewers have to absorb dense mythologies if they hope to jump aboard returning shows such as CBS’s summer series “Under the Dome,” which, in its coming third season, might finally explain why a bubble is encasing the town of Chester’s Mill.

The deluge of compelling shows means fans have to be good at time management to keep up with the best offerings. But they also are grappling with the limits of memory. How many shows (and knotty plots and twisting character arcs within) can we keep track of at once? In a binge-watching world, where we aren’t limited to weekly installments of network TV shows, is there a limit to the number of narratives we can keep straight?

Actually, I don’t think that frames the question correctly. Binge-watching doesn’t cause the problem of having trouble keeping up. What I find is that failing to binge-watch makes it harder to know what’s going on.

Dramatic series are written for binge-watchers, not for people who watch an episode, walk away and lead real lives, then come back in a week or more to try to pick up the thread again. That is part of what makes the new breed of shows so absorbing — they pull you into a complicated world, and if you can’t stay there until the season (at least) is over, you’re likely to be disoriented when you return.

For instance — when the third season of “House of Cards” came out several months back, I did what I had with the first two seasons. I started watching to see what everybody was talking about, then got fed up with it and quit, and then, when curiosity built up enough, came back and pushed through the rest of it.

SPOILER ALERT! Consequently, when I saw the season finale the other night, I was somewhat at a loss: Why was Claire leaving Frank? Yeah, they had been slightly weirder together the last few episodes — which means five percent more than their usual standard, which is creepy as all get-out. But what precipitated this blow-up? Surely nothing that had happened recently had showed her anything she didn’t know about her husband. Not to mention that she’s no bargain herself on the decent-person scale.

If I’d watched it all straight through, I think I might have a good feel for it. But as things stand, I don’t.

Not that it matters, right?

Last year, David Carr wrote in The New York Times about the problem of “Barely Keeping Up in TV’s New Golden Age.” I could really identify:

The vast wasteland of television has been replaced by an excess of excellence that is fundamentally altering my media diet and threatening to consume my waking life in the process. I am not alone. Even as alternatives proliferate and people cut the cord, they are continuing to spend ever more time in front of the TV without a trace of embarrassment.

I was never one of those snobby people who would claim to not own a television when the subject came up, but I was generally more a reader than a watcher. That was before the explosion in quality television tipped me over into a viewing frenzy….

And what a feast. Right now, I am on the second episode of Season 2 of “House of Cards” (Netflix), have caught up on “Girls” (HBO) and am reveling in every episode of “Justified” (FX). I may be a little behind on “The Walking Dead” (AMC) and “Nashville” (ABC) and have just started “The Americans” (FX), but I am pretty much in step with comedies like “Modern Family” (ABC) and “Archer” (FX) and like everyone one else I know, dying to see how “True Detective” (HBO) ends. Oh, and the fourth season of “Game of Thrones” (HBO) starts next month.

Whew. Never mind being able to hold all these serials simultaneously in my head, how can there possibly be room for anything else? So far, the biggest losers in this fight for mind share are not my employer or loved ones, but other forms of media….

I think back to a time before all this. Say, the ’80s. In that whole decade, I can remember watching only one dramatic series on television that in any way compares to the shows I’m juggling now: “Hill Street Blues.” There was that, and maybe “Cheers” — both on the same network on the same night. I was very, very busy with a demanding job in the daytime and a family full of young children at night, and entertainment wasn’t high on my list — which made the lack of high-quality options a good match for my lifestyle. And “Hill Street” was written for people who only visited that world weekly. There were continuing story lines, but everything was episodic. One episode held you for a week.

Lately, I’m juggling, off and on:

It’s over now, but for a few weeks there, we were really into “Wolf Hall” — which we’d watch on Apple TV the night after each episode’s release, because I didn’t want to stay up past 11 on Sunday night. (One good thing about this — it forced me to go ahead and finish reading Bring Up the Bodies in order to stay ahead of the show — which I shoved aside The Guns of August in order to push through.)

Meanwhile, it seems that Netflix releases a new series daily, and some of them are bound to be good. It’s just ridiculous.

Meanwhile, I’ve been trying to read The Guns of August, a really compelling history book, for months. But if I read a chapter in a sitting, it’s unusual. And it was interrupted first by the trip to Thailand, and then by Bring Up the Bodies. Mostly, it’s a couple of pages over dinner. And talk about losing track of characters and story lines — of course, books are supposed to be that absorbing and complex. TV never was before.

Yeah, it’s true, and it’s appalling: I’ve only finished on new book so far this year.

The Pope has the right idea. I just need to summon the self-discipline… 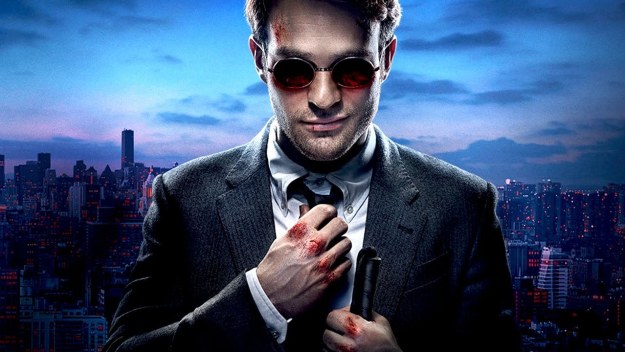 23 thoughts on “The Golden Age of Television Overload”