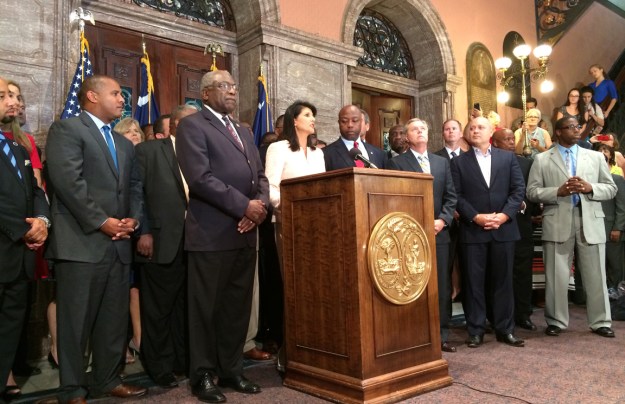 Today, the state of South Carolina leaped out into uncharted territory, launching itself from the 19th century right over the troubled 20th, and into the 21st. And it wasn’t even kicking and screaming.

It is, without a doubt, a miracle that today, Gov. Nikki Haley called for the Confederate flag to come off the State House grounds ASAP.

That is HUGE. That alone would have me walking around the State House (as I was just moments ago) saying, “What state am I in? Really, help me: Where am I?”

Today truly IS “a great day in South Carolina.”

NOTHING like this has ever happened in the 28 years that I’ve covered politics and government in South Carolina. Nothing even close to it. What happened today broke all of the rules of what does and does not happen in South Carolina.

Today, the state’s political leadership got together and said, “Hey, let’s just stop all the usual b.s.” Just like THAT (imagine me snapping my fingers)!

But I didn’t witness just one miracle today beneath the dome, with a storm raging outside and thunder crashing. Really, it’s impossible to count how many I saw. I’ll use a biblical accounting method and say seventy times seven. Or more than the stars in the sky…

How did we get here, and so fast? I don’t think we can explain it in earthly terms. A friend who gave me a ride back to the office after the miracle said she felt like maybe, just maybe, it started when those family members stood in that courtroom the other day, looked at the (alleged) brutal killer of their precious loved ones, and forgave him. I nodded. Maybe so. Maybe that was the beginning of some sort of chain reaction of grace, which led to this.

Yeah, a lot has to happen before this thing is done. But I think it’s going to happen. I asked James Smith whether he thought, based on his interactions with those involved, the consensus to act was solid. He nodded: “Rock solid,” he said. I believe him. 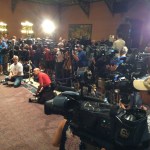 I couldn’t get them all into the picture from where I’m standing, but I’m guessing there were about twice as many media types as for Mark Sanford’s big confession six years ago. 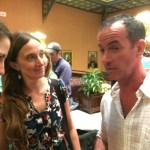 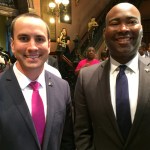 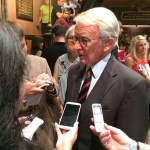 Mayor Joe Riley, who was leading on this issue before a lot of these people were even in politics.

95 thoughts on “Today finally IS ‘a great day in South Carolina,’ as we witness a host of miracles in the State House, of all places”