“Raw” in more ways than one.

Bill Castronuovo, also a former editor at The State, shared with me this video that he shot on July 1, 2000, the day that the Confederate flag atop the dome was lowered, and the new one raised behind the soldier monument on the State House grounds.

As you can see, it was not the most dignified of occasions. A lot of rebel yells: Including, oddly enough, when the one on the dome came down. Was that flag opponents cheering, paradoxically, in a Confederate fashion, or the neoConfederates cheering because they knew another one was about to go up, in a more visible location? Or maybe they liked seeing the American and state flags lowered with it. I don’t know, and there’s no way to tell.

Anyway, I think that anyone in the House who wants to replace the current flag with another one in this location, or to fly this flag at the museum, should watch this and contemplate it — and ask, “Do I really want another 15 years of this?”

There’s only one way to put this all behind us: Pass the Senate bill as is. And let’s move on. 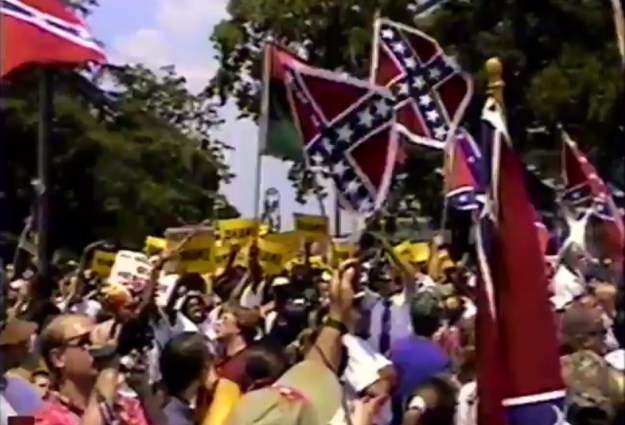