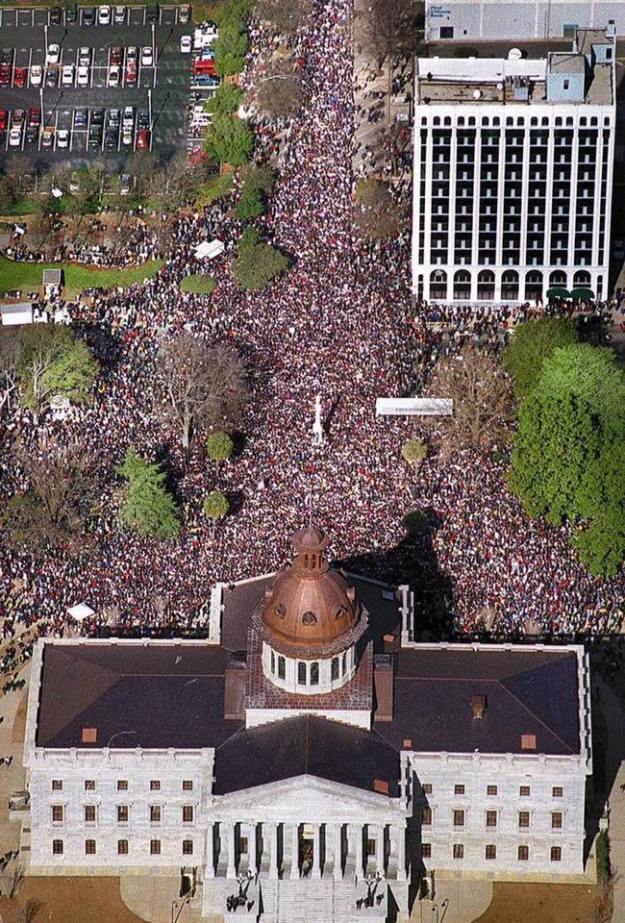 King Day at the Dome, 2000 — the largest demonstration against the flag ever

Cynthia Hardy, remembering the long road we’ve traveled getting to the point, at long last, of removing the flag, shared this photo on Facebook. 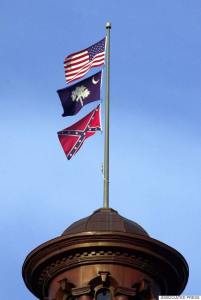 The flag as it flew then.

It’s from King Day at the Dome, 2000 — the day that a crowd estimated by some at 60,000 gathered before the State House to call for the flag to come off the dome, where it had been since the early ’60s.

As you know, it did come off the dome that year, only to move to the grounds in a more visible spot, in a ceremony as ugly and acrimonious as the one yesterday was beautiful and joyous.

If you’ve never seen this photo, or haven’t in awhile, you’re probably as stunned as I am each time I see it again. Never before or since, in my experience, has there been a crowd half as huge as this for any purpose.

This was back when Cynthia was on the staff of the Columbia Urban League, which did much of the work of organizing the demonstration. I was on the Urban League’s board at the time.

It was a long struggle, with both high and low points. This was one of the high ones, even though it was followed by years of frustration.

Ending, eventually, in triumph. The photo below is from yesterday… 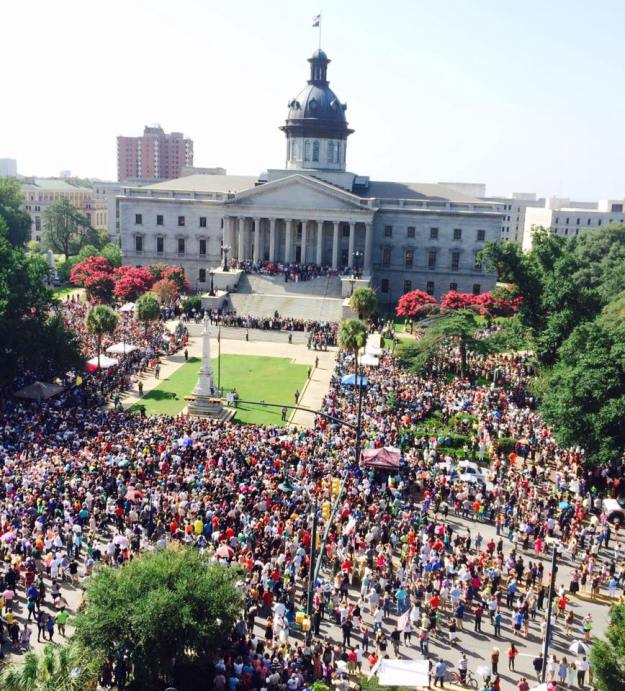