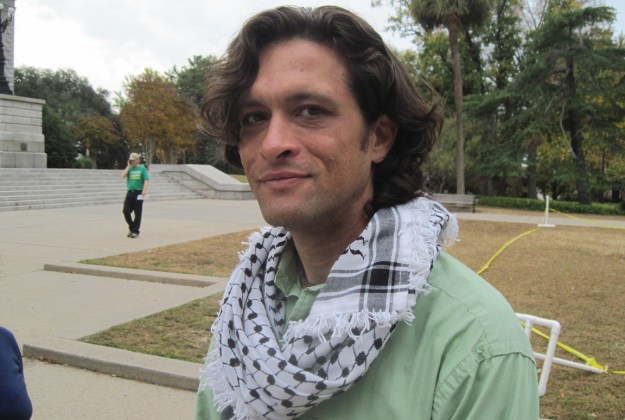 Just another one of those guys Obama spoke of, clinging to his guns.

We last saw Walid Hakim suing the state — successfully — for throwing him and his fellow Occupy Columbia off the State House grounds.

As the best-known unleader of that movement, Walid looked and acted the part — Central Casting might have sent him over to play a part in a flick about the Days of Rage, or perhaps one of the lesser-known of the Chicago Seven.

Now, he’s suing the city of Columbia for trying to pry his gun from his warm, live hands.

So… the city is concerned about a bunch of redneck yahoos bringing guns to the city center in a tense moment, and the guy who sues is… Walid?

He just refuses to be typecast, doesn’t he?

He could be on his way to another victory in court, although I do have a question about one of his assertions:

As a lawful concealed weapons permit holder, he won’t be able to protect himself when he is near the State House if danger arises, his affidavit said.

“Unless prohibited by a valid law, I always carry at least one firearm on my person or in my car,” Hakim said. “I had planned to be near the State House for various lawful activities. Based on the ‘emergency ordinance,’ I am forced to change my plans.”…

Walid doesn’t go near the State House unless he’s packing? Really? His assertion seems to go beyond the feared danger of this Saturday — except that he says he doesn’t carry when “prohibited by a valid law,” which would mean he wasn’t armed while on the State House grounds. 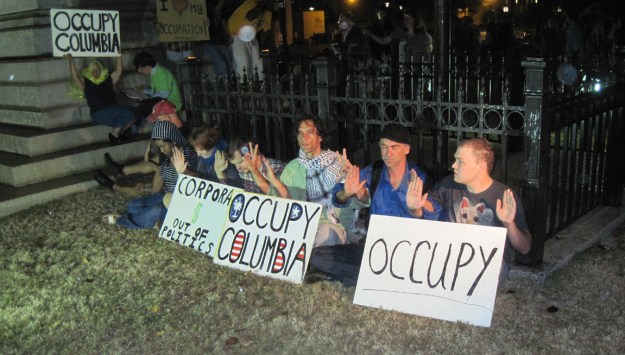 Walid in the role we usually think of.

43 thoughts on “Walid Hakim sticks to his guns”