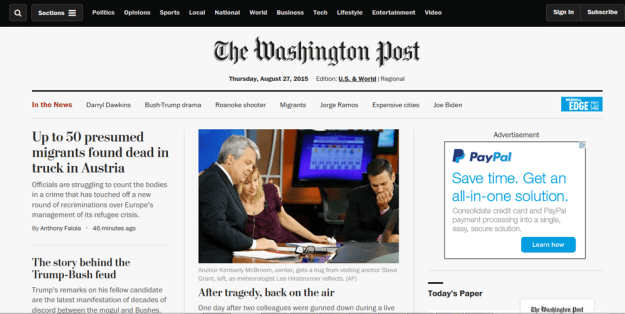 The Washington Post unveiled a spiffy new browser interface today. Not sure I like it — I think I could see more headlines on the screen with the old one.

A few things to talk about: