One of the things I hate about Facebook is the way it will randomly grab an image from my blog to go with a post that has no image. 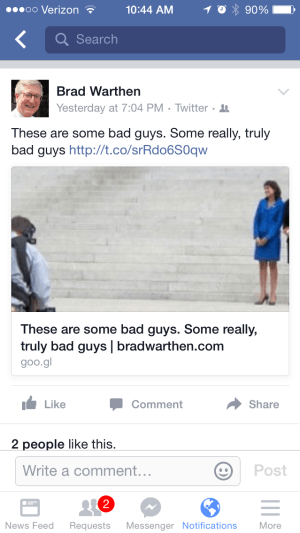 But when there isn’t a picture in the post, Facebook goes and finds one. As often as not, it grabs one of the scores of header images that are generated randomly from my image library to display at the top of each page on the blog.

This makes for some picture appearing with posts that are wildly unconnected to the subject matter. Which is frustrating.

I particularly hate what it did last night — pairing the header image below, from Nikki Haley’s campaign appearance with Sarah Palin in 2010, with the headline “These are some bad guys. Some really, truly bad guys,” and the link to my post about ISIL.

Please allow me to apologize to Gov. Haley (and to ex-Gov. Palin, although you couldn’t really see her). I know I’ve been critical at times in the past, but I did NOT mean to say that about you.

And I wish to set the record straight with everyone else. I was not saying that about our governor.

The only good news in all this is that to the best of my knowledge, you could only see the governor in the phone version of Facebook (the iPhone app version, anyway). The iPad version and the browser version randomly cropped the image so that you couldn’t see anything but some of the granite steps. Which looks stupid, but at least doesn’t seem to say something I don’t mean to say.

24 thoughts on “Sorry, governor: It wasn’t me; it was Facebook”