It’s just that this guy started following me sometime in the last 24 hours, and I tend to click on new followers to see who they are, and I was intrigued by (what I take to be) the Cyrillic text on his feed. (In fact, he may not be Russian at all. I’m too ignorant to tell. Can you tell?)

Then I tapped on his avatar (this was on my iPad), and got this super grainy, black-and-white image that immediately reminded me of the blurry surveillance image of Karla that George Smiley kept on the wall of his office.

And then, the image moved. It stretched and distorted itself to become more blurry, then popped back into shape, then did it all again. I checked; it wasn’t a GIF. It was a PNG. Can PNG’s do that?

I’m not making this up. Look at his feed and watch the avatar on one of his Tweets, just for a few seconds. See it jump? Roll your mouse pointer over it. Does it do it now?

So who is this guy? According to Facebook, he’s a cipher, a complete question mark — unless I ask to be his “friend.” Yeah, right — I do that, and next thing you know I show up on his expense reports to Moscow Centre as a new agent. Then, the next defector we get tells the boys at Langley or MI6 that they’ve turned me, and I’ve got a permanent cloud over me. I’m not falling for that.

And what’s that background image on Twitter? Is that a raven? Is it saying, “никогда больше?”

Again, sorry. I’ve just started reading The Art of Betrayal: The Secret History of MI6, by Gordon Corera, and I’m in the chapter about Vienna right after the war, when everybody was trying to recruit everybody else, and so I’m, well, I’ve got this sort of thing on the brain.

Sorry. (If I say “sorry” a couple more times, I think I’ll have established my cover as a Brit.)… 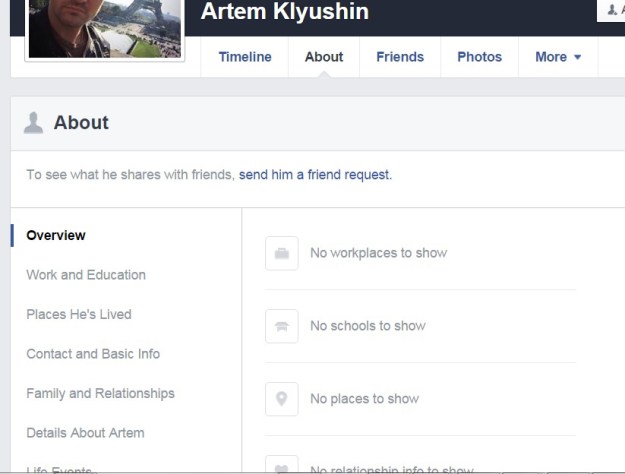 9 thoughts on “Check my back, OK? I think there’s a Russian following me…”