I find myself in an unusual position.

Normally, I’d be cheering loudly for Cindi Scoppe’s column today lighting into legislative leaders for complaining that the state Supreme Court has given them a deadline for coming up with a plan to fix poor, rural schools in South Carolina. Excerpts:

Yet for 22 years, our legislators have done absolutely nothing to fix the problems raised in the Abbeville lawsuit.

No, worse than nothing.

They have spent more than two decades and God only knows how much of our tax money fighting that lawsuit — paying lawyers and experts to argue that everything in those plaintiff districts was just fine and dandy, when anyone with eyes could see that it was not.

The way forward was clear from the start: for legislators to make the lawsuit moot, by fixing the problems before the justices could get around to issuing an order. But they refused, and last fall the justices finally ruled that the state is failing its constitutional obligation to provide the children in our poorest school districts with an education they need to get good jobs and support their families and pay taxes and in other ways help make our state a better place for us all….

The court, inappropriately, it turns out, did not set a deadline. Until last week, by which time it had become painfully clear even to people who do not understand our Legislature that our Legislature does not do hard things until it has no choice. So the court set a Feb. 1 deadline for the defendants to present a plan to address the problems set forth in last year’s landmark ruling….

Were I still at the paper, I might be the one writing those words. In fact, I’d be using even stronger, more condemnatory language — and Cindi, ever pragmatic, would be the one doing her best to hold me back and telling me to recognize reality and not make perfect the enemy of the good.

But today, I’m sort of in the Cindi role, because of some unique circumstances. In fact, when I saw that the court had set a deadline for less than a month after the Legislature comes back into session, I worried, thinking, I hope this doesn’t foul up an historic opportunity.

I thought that because of what I’ve been hearing lately from my old friend Bud Ferillo.

Many of you may know Bud as the guy who made the documentary “Corridor of Shame,” which coined the phrase that all SC education reformers use to describe some of our most distressed rural schools. He’s also a dyed-in-the-wool Democrat from way back, and not one to give Republicans the benefit of the doubt.

And if there is an issue on which Republicans have earned doubt in South Carolina, it’s public education. Since they have assumed control of the Legislature, actual proposals to improve schools don’t even get a hearing in the State House, much less get approved. Say “school reform” to them, and as a group they will more than start talking about the latest plan to pay parents to abandon public schools — excuse me, “government schools,” government being by its nature a bad thing, you understand — altogether.

So I was struck when I heard Bud, as a participant in a panel sponsored by the Greater Columbia Community Relations Council over the summer, start talking almost rhapsodically about school reform — real, systemic reform that would lift up rural districts — that was coming, that was just around the corner. I didn’t get a chance to talk to Bud after that event because I left early, but then I heard him saying it again on a forum on ETV.

On both occasions, no one took him up on what he said. They just sort of nodded and moved on. So I asked Bud to breakfast one morning recently. He had an appointment he had to leave for so we didn’t get into what he was talking about as deeply as I would have liked, which is why I haven’t written about our conversation.

But here are the bare bones (and if I’m getting any of this wrong, Bud, correct me): When he became Speaker last year, Jay Lucas appointed a panel to start working on a plan to address what the court has instructed the Legislature to do about poor, rural schools. I had been vaguely aware that Lucas had such a committee holding hearings around the state. From early in the last legislative session, I had seen releases such as this one:

Will receive testimony and valuable input from education leaders 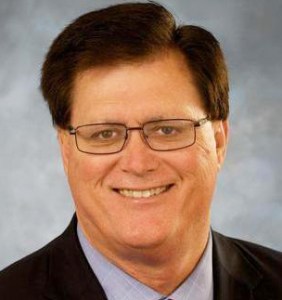 WHO: The Education Policy Review and Reform Task Force – a group comprised of elected officials, educators, plaintiff representatives fromAbbeville v. State, and private sector job creators who are tasked with laying the groundwork for comprehensive education reform
WHAT: Task Force members will receive testimony and valuable input form invited school superintendents, retired educators, nonprofiteducation groups, and other involved members within the education community.  After the invited guests have concluded, concerned citizens will also be given the opportunity to address the group (see additional information).
WHEN: Monday, March 23, 2015 at 4:00PM
WHERE: Dillon Middle School – 1803 Joan Drive, Dillon, SC
WHY: South Carolina’s education system needs significant reform so that every child in every part of our state has access to a 21st centuryeducation. This Task Force is responsible for putting together a report with their findings and must be submitted to Speaker Lucas before the beginning of next year’s legislative session.

But I hadn’t seen any coverage of these hearings, or read or heard anything about what the committee was doing. Were I still at the paper, and still had such people at my disposal, I would have assigned a reporter or (later) an editorial writer to look into what was going on. But I’m not, and such people are thin on the ground these days, and having one spend a day running up to Dillon for a hearing is probably not high on many editors’ priority lists.

(Actually, in defense of my friends who still have newspaper jobs, I do find some coverage when I go look for it now. I just missed it at the time.)

And since I don’t get paid to do this blog, I was in no position to undertake such legwork. So I remained in the dark, until I started getting these inklings from Bud. Bud has stayed in close touch with the process, and he says this is a great panel, largely stocked with real reformers, and they’re pulling together a lot of great ideas that are to go into legislation that we’ll be seeing in the coming session, blessed by the speaker.

But, skeptical based on decades of disappointment, I said A panel with a plan is all very well and good, but how will this fare, say, on the floor of the House? Is the speaker truly committed to push this reform you speak of when the inevitable pushback comes? I mean, he has the reputation of a reformer and he’s actually from a small town and knows about the needs in rural areas, but is he committed? Bud assured me that yes, he was — and then he had to run.

That was a couple of weeks ago.

So I’m short on details, and I really need to find some time to talk to legislative leaders about all this, and I’ve been meaning to, but haven’t. And now the court has laid down this deadline, which you know is going to get the GOP caucus all ticked off and resistant (that is, even more resistant) about doing something they don’t want to do anyway, much less do it right.

So when Speaker Lucas said, in reaction to the court’s new deadline, “Because of your actions, months and months of hard work has been potentially placed in jeopardy,” I got worried. Because I don’t think he’d say that lightly.

I got to worrying that maybe the deadline might be tossing a hand grenade into delicate preparations at precisely the wrong moment. I mean, this House coming up with real, substantive education reform is such a stretch, and would take such heavy lifting, and everything would have to go just right for it to actually happen. The forces against reform would seize on anything that might help them stop it, and the petty resentments caused by an arbitrary court deadline could give them aid and comfort.

But you know what? Cindi usually knows way more about what she’s talking about than I do. I hope that, as usual, that is the case in this instance…