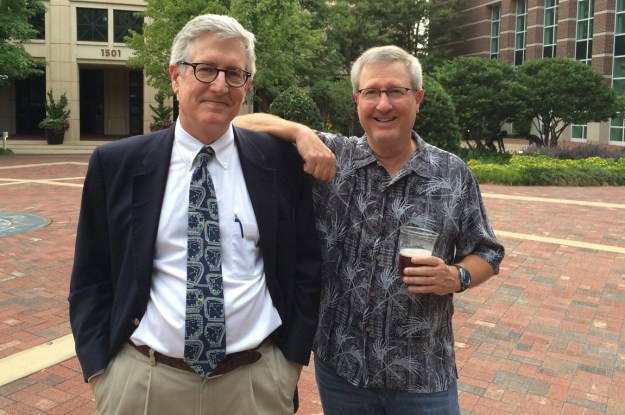 That’s me on the left. Not my left, YOUR left…

Last night, I stopped by the First Thursday event on Main Street, partly because I wanted to drop by Kyle Michel‘s law office and rummage through the discs he was prepared to part with. Kyle, the son-in-law of my old boss Tom McLean, is the Rob Fleming of Columbia, and much of the space in his office is taken up by his amazingly extensive record collection. Each First Thursday, he puts a couple of tables out on the sidewalk in front of his office, laden with boxes full of LPs he’s prepared to sell. (Last night, I came away with a mono LP of Trini Lopez’ greatest hits.) 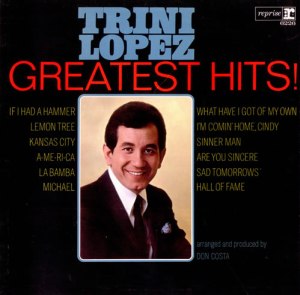 Crossing the courtyard of the art museum on my way toward Main Street, I heard my name called, and it was Mike Miller, standing chatting with Tim Conroy — yes, he’s one of those Conroys, brother of Pat — and Phill Blair, co-owner of The Whig (and one of my elder son’s best friends).

Mike immediately reported that it had happened again. Just minutes before in a shop on Main Street, a woman had mistaken him for me. He did his best to persuade her that he was this whole other guy who had also worked at the newspaper, and she allowed as how yes, she recalls there was a Mike Miller who wrote about the music scene for the paper, but she had felt certain that the man in front of her was Brad Warthen.

This is ridiculous, people.

This happened to me — being mistaken for Mike, I mean — three times in one week back in 2012, in the wake of Mike’s run for city council. I have since posted photographic evidence that we are not the same person. That should have settled it, right?

Evidently, that photo wasn’t persuasive enough. So I asked Tim Conroy to take a picture of us together, right then and there, to put an end to the persistent rumors that Clark Kent — I mean, Mike Miller — and I are the same person. He obliged.

Please share this with your friends and neighbors, so we can clear up this misunderstanding. Thank you for your attention to this matter.

4 thoughts on “Once again, photographic proof that Mike Miller and I are two completely different people”