Talking with Inez Tenenbaum this morning about her support of Joe Biden, I changed the subject to Hillary Clinton and asked, somewhat facetiously, whether Inez used two email accounts when she was in Washington as head of the Consumer Product Safety Commission.

“No,” she said. “I was told emphatically… that all federal business had to be conducted on federal email addresses.” 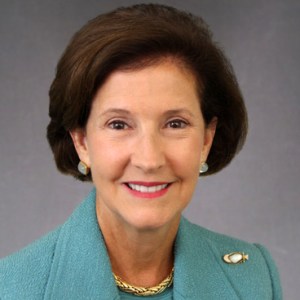 “We had lawyers that did nothing but ethics” at her agency, and they let her know “we could not use our own private email.”

And if by any chance she did use private email for public business, it would be treated as public — she was told such communications would all be subject to Freedom of Information requests.

When I asked why she thought Hillary Clinton doesn’t seem to have gotten the same message, she declined to go there.

I had called Inez because she has been named to co-chair (along with Sen. Gerald Malloy) the Draft Biden effort in South Carolina.

She had no news on that front. “I don’t know” whether he’s going to run or not. “It could go either way.”

But she’s ready to support him if he does. And in explaining why, she talks more about a personal connection than anything having to do with politics or policy. “He has been a friend of ours, and we have had a close relationship with him.”

While she cordially knows Hillary Clinton as well, she just has “a much closer relationship” with Biden. “And I just have so much respect for him” as someone who has “serve the country for 40 years.”

If you’ll recall, the last time around (in 2007) she came out early for Barack Obama, while her husband Samuel was backing Biden. Samuel is not in a position now to endorse candidates because of his job, but as an attorney in private practice, Inez has no such barriers to contend with.

I asked whether she’s gotten any pushback from the Clinton campaign. No, she said. “I got lots of calls from the Hillary people early on” seeking her support. But even though there was no serious anticipation at that point that Biden would get in, she said she felt an obligation to him to wait until he said definitively whether he was running or not.

As to whether he should, “One part of me wants him to get into it… one part of me understands” why he might decide not to go through that grinder.