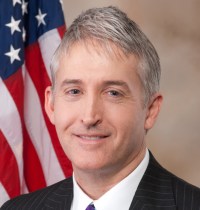 I almost ran off the road this morning when I heard someone on NPR saying that the crazies who ran John Boehner out of the House were wanting Trey Gowdy to be majority leader. Of the Unites States House of Representatives. And I don’t think they were joking.

Oh, I’m sure Mr. Gowdy is a fine fella, kind to children and dogs and so forth, but No. 2 man in the House?

Apparently, Boehner himself was also promoting this…

This is a guy who:

And don’t even get me started on the haircut, which makes him look like a cross between Stan Laurel. and Oswald Cobblepot on “Gotham.” Not that that sort of thing should matter.

Anyway, to put it more mildly, I was surprised…

10 thoughts on “Trey Gowdy for majority leader? Of the U.S. House? Really?”