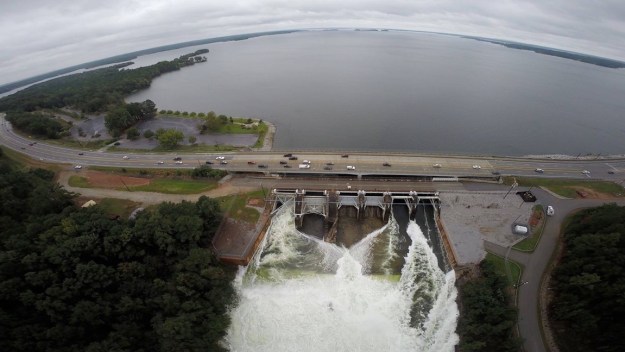 I thought these were pretty cool images shared by the National Weather service yesterday evening, which I just saw. Here’s the caption info:

Drone images of the Lake Murray Dam Spillway. These floodgates have not been used since 1969. Photos courtesy of Ebben M Aley.

Technically, have those floodgates ever been used? Wasn’t the dam rebuilt a few years back? Of course, maybe the floodgate part is original equipment; I don’t know.

Finally, I can see the thing that caused the flooding in my area.

Here’s hoping letting off that pressure did the trick, and the dam remains strong.

Speaking of which, in my household we got to contemplating this passage in The State this morning:

SCE&G operates the lake originally built for hydropower 85 years ago but now a major source of recreation and drinking water for the Columbia area….

Which raises the question — are those good enough reasons to have those millions of tons of water poised over us? Couldn’t we get drinking water some other way?

Needless to say, you and your recreation seem kinda low priorities to me at the moment. 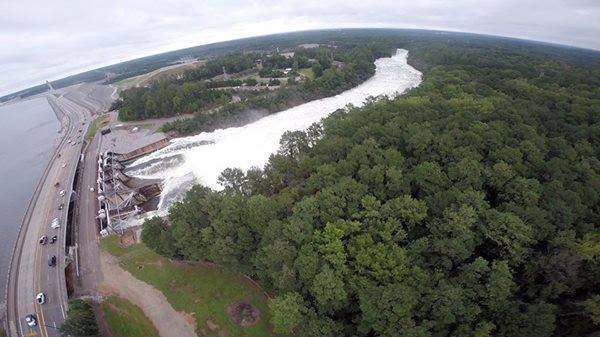