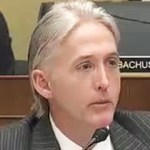 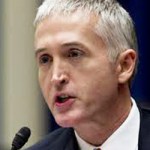 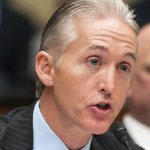 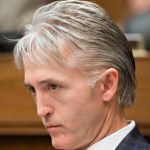 I was out of pocket yesterday playing in a charity golf tournament (to benefit Healthy Learners) out at Fort Jackson, which means I probably had a better time than you did. (How did I do? Well, the official score was 70, which sounds great until you learn that it was captain’s choice — which, for the uninitiated, means that we had four tries at every shot — and that was the team score. When I left, the leading team had come in with a 56, and we were tied for last place. But it was a beautiful day, and we had a good time.)

But while I didn’t blog exactly, I did mini-blog and bit, and this was my most popular Tweet of the day, garnering a number of reTweets and favorites:

Time’s running out: Can Trey Gowdy figure out what to do with his hair by tomorrow’s big hearing? pic.twitter.com/3vzggeG2Fe

You may have noticed that South Carolina’s own Rep. Gowdy has made almost as many attempts to do different things with his hair as Eric Clapton, only with less success. I am not the only one to compare the above look to Oswald Cobblepot, a.k.a. The Penquin, on “Gotham:”

Others have mentioned Draco Malfoy, possibly after seeing this particular do.

You might be tempted to say that he’d look better if he just grew it out some, particularly on the sides. But then you would take that back upon seeing this. And let’s not even get started on this one…

The most normal he has ever looked was when he went with the neoclassical Brutus cut, as they called it when it came into fashion in the early 19th century. Or perhaps we should call it the Cassius look, as in:

Let me have men about me that are fat,
Sleek-headed men and such as sleep a-nights.
Yond Cassius has a lean and hungry look.
He thinks too much. Such men are dangerous.

Maybe that’s why he abandoned it. He didn’t want Kevin McCarthy talking about how “yond Trey hath dim’d the star of Hillary Macbeth…”

But when the big day came, what did he do? He whipped out the Butch Wax and went with the kewpie doll look: 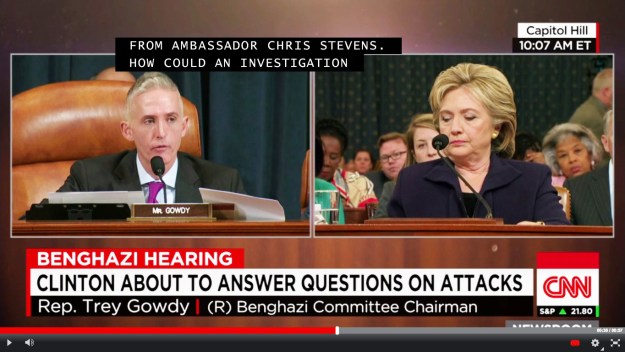 19 thoughts on “Really, Trey? THAT’s the look you’re going with?”