I say “to me” because it was inside humor; it could not possibly have been as funny to someone who has not sat through thousands of news meetings just like the one portrayed, and suffered just the way Phil Hartman’s character suffers in the skit. (I’d love to know who wrote it. It had to be a fellow sufferer, because only someone who has been there and listened to such nonsense could possibly have come up with some of the touches in the dialogue.) 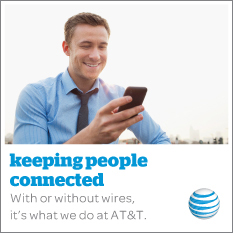 And I say “at least on paper” because, to my disappointment in going back and watching it again, I see that the actors were a bit off. There were stumbles by Rob Schneider, and even Phil Hartman, who otherwise is brilliant as the one sane man in the room. I wish in retrospect that they’d shot it as a short film in advance, as SNL sometimes does, to iron out those little problems with timing. I find myself wondering whether the actors just lacked energy because, having never been newspaper editors, they just did not understand how hilarious this was.

Anyway, I’m sharing this because of a Twitter exchange I had Saturday night:

Perhaps so. I forget what the show did right after 9/11. But that reminded me that, ironically, one of the funniest things SNL ever did was about Pearl Harbor. Fortunately, the skit ran 50 years to the day after the attacks, and that amount of time having passed gave the show license to make fun.

And it was just so, so real. How many times have I been in such meetings, trying to sell something important as the lede story, while my fellow editors oohed and aahed over minor crime news, or the fact that “the lady bulldogs have a chance of going to the state finals this year.” And as one who has always had little patience with other editors’ overreaction to the weather (my general guiding principle on that is that if I want to know what the weather is, I’ll step outside) this is a battle cry that resonates in my heart:

There’s just one brilliant line after another, such as “Do we have one Japanese person in Turrell?” and “Now Bill, that is something that affects our readers — they’re going to have to pay for those typewriters!” Someone had to have been taking notes during real newsroom budget meetings to come up with dialogue such as that.

But the very best touch of all is when you see the paper roll off the press, and the Pearl Harbor story is played at the bottom of page 7, under the news that Phil Hartman’s character has, understandably, shot himself. It appears under this savagely brilliant, one-column headline:

… because, you know, you can’t be too careful. Do we KNOW that they were Japanese? And we’d better put “base” in quotes rather than step out on a limb…