Did you see this item in The State over the weekend? 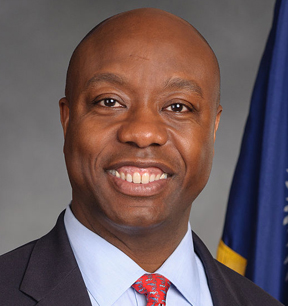 SCOTT SEEKS HIS OWN TERM

U.S. Sen. Tim Scott, R-Charleston, is expected to run for re-election in 2016. The only African-American Republican in the U.S. Senate, Scott was appointed to the seat in late 2012 after Jim De-Mint resigned to run a conservative think tank. Scott, the state’s most popular pol, won a special election in 2014 to complete DeMint’s six-year term. Now, he must seek his own term on Nov. 8. Do S.C. Democrats even field a candidate?

Catch that? Scott is “the state’s most popular pol”?

Think about that for a moment. What is Tim Scott known for? How has he distinguished himself? What has he done in office, for good or ill?

Not much, near as I can recall.

And South Carolina voters love that. That’s why they loved Strom Thurmond, at least for the last three or four decades of his career. During my adult life, Strom never did much of anything. OK, he did one thing: He had warning labels put on bottles of alcohol. He worked on that one from 1971 to 1988. After 1988, he kicked back let constituent service occupy him — or at least, occupy his staff — for the rest of his time in office.

Floyd Spence followed pretty much the same approach. He provided constituent service, identified himself with a strong national defense, and kept his head down. Except for that brief “You lie!” eruption, his successor, Joe Wilson, has followed a similar pattern.

And if Strom were still in office today, he probably wouldn’t even have messed with the warning-labels thing, since the surging libertarian wing of his party would probably regard it as nanny-state meddling.

Anyway, Tim Scott is sticking with that formula, and it works for him. Our other senator, Lindsey Graham, tries to do stuff, and that just gets him into trouble with the base.

In fact, in a sense he’s more like Strom than Strom’s own son is. Paul Thurmond is retiring from the SC Senate after this year — after only a single term! That boy fell a long way from the tree…

2 thoughts on “How is Tim Scott like Strom Thurmond?”