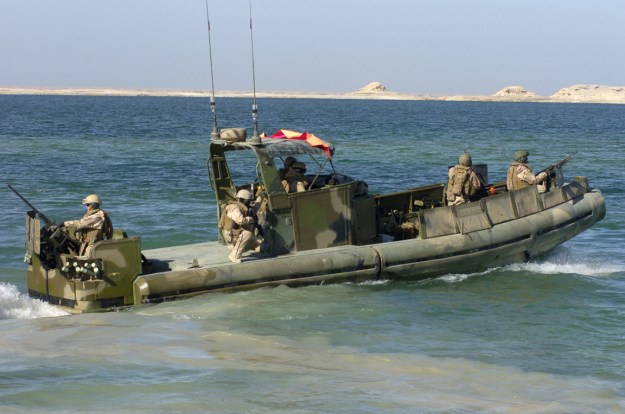 This is not a promising situation:

Two small U.S. Navy vessels appear to be in Iranian custody but their crews will be released promptly, the Pentagon confirmed Tuesday.

Two U.S. naval craft were en route from Kuwait to Bahrain when they disappeared from the Navy’s scopes. The incident marks the latest run-in between Iranian and U.S. crews. In late December, Iranian gunboats fired unguided missiles almost a 1,000 yards away from the aircraft carrier the U.S.S. Harry S. Truman.

A U.S. official said that the boats were small riverine variants and may have ran out of gas or had mechanical issues and were believed to have been within 12 nautical miles of Iran when they broke down….

This prompts a number of questions, such as: