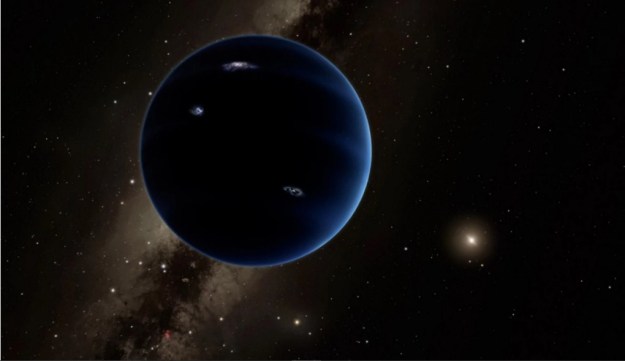 An artist’s impression of Planet Nine, which could sit at the edge of our solar system. (R. Hurt/California Institute of Technology)

OK, so now the guy who got Pluto demoted, the author of How I Killed Pluto and Why It Had It Coming, says he’s found a new planet. One much farther out (20 times as far as Neptune) and much, much bigger — like, 5 or 10 times as massive as Earth.

Not that anyone has seen this planet, mind you, although the boffins are all looking for it like fun:

Their paper, published in the Astronomical Journal, describes the planet as about five to 10 times as massive as the Earth. But the authors, astronomers Michael Brown and Konstantin Batygin, have not observed the planet directly.

Instead, they have inferred its existence from the motion of recently discovered dwarf planets and other small objects in the outer solar system. Those smaller bodies have orbits that appear to be influenced by the gravity of a hidden planet – a “massive perturber.” The astronomers suggest it might have been flung into deep space long ago by the gravitational force of Jupiter or Saturn.

Telescopes on at least two continents are searching for the object, which on average is 20 times farther away than the eighth planet, Neptune. If “Planet Nine” exists, it’s big. Its estimated mass would make it about two to four times the diameter of the Earth, distinguishing it as the fifth-largest planet after Jupiter, Saturn, Uranus and Neptune. But at such extreme distances, it would reflect so little sunlight that it could evade even the most powerful telescopes…

So, astronomers — the class of people who are always telling us about (much smaller) Earth-like planets in other solar systems, gazillions of times farther away than this — have to infer the existence of a gigantic planet still in the grip of Sol’s gravity? I mean, they’re inferring all that stuff about “Goldilocks” planets, too, but if they have to do it in our own system, how reliable is all that stuff about other star systems? 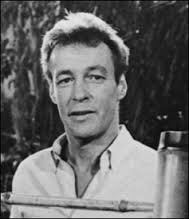 Yo! Get it together, scientists!

Now, I realize that one year — or for that matter, two years — does not constitute proof of a trend. But I am reminded that, in the long run, most scientists tell us that we are experiencing climate change, and it’s our fault.

I believe them. But hey, when scientists can’t even tell for sure whether there’s another giant planet in our own solar system, is it surprising that some people don’t? Believe them, I mean.

And yes, I’m doing a classic thing that ignorant people do — I’m combining all scientists, from all disciplines, into one entity. He’s a guy who looks like… well, like the Professor on “Gilligan’s Island.” That guy knew everything about everything…

As for me… I’m just a simple caveman blogger. What do I know?