I got this release from the DNC today:

Today, the governing body of one of the United States’ closest allies will debate whether to bar the Republican Party’s frontrunner from their country for “Hate Speech.” Setting aside the serious diplomatic implications of the United Kingdom barring a potential U.S. president from their shores, this shameful and embarrassing spectacle shines a light on the Republican candidates’ vitriolic rhetoric and discriminatory policies that undermine our values, alienate partners we need to prosecute the war on terror, and make our country and our people less safe. Today’s debate underscores just how far Republicans have moved to the extreme right and how out-of-touch they are….

Of course, I could do my usual thing and deconstruct that piece as typical overblown rhetoric from one side making generalizations about the other (as though all Republicans were Trump).

But you know what? They do have a point here: This really is embarrassing, and not just for Republicans. It’s embarrassing to America that someone who would attract this kind of attention is doing so well in the run-up to our presidential election.

All of our faces should be red. Because Trump’s supporters are unlikely to feel the embarrassment. We have to do it for them… 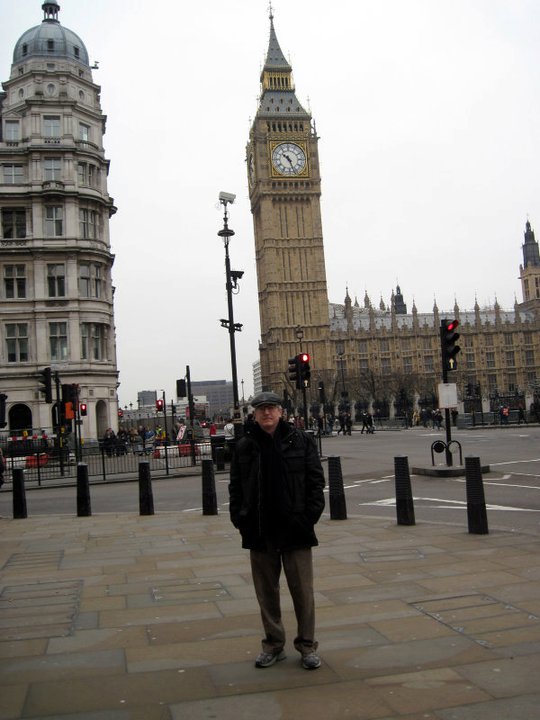 This was the only picture of Parliament I could find in my files. That’s me in late 2010.