In a Tweet on Friday, I put it as plainly as I could in 140 characters:

Proper response for Apple when asked to help investigate murders of 14 people: “God, yes! Of course! Anything else we can do?”

And since then, I’ve not seen a word that even comes close to justifying the outrageous position taken by Tim Cook. There was certainly nothing in his public letter that excused his behavior.

Probably the most outrageous part of the letter is when Cook essentially condescends to say the FBI’s intentions are no doubt quite honorable, and that Apple has cooperated with authorities (when Apple approved of how it was being asked to help), but the poor, simple creatures just don’t understand what they’re asking now. Fortunately we have the unelected wise men of Apple to countermand the requests of our duly constituted law enforcement authorities.

And I’ve seen quite a bit to confirm me in my view of the matter. Such as this piece today in the WSJ:

Apple was asked to adjust its software that wipes iPhones clean after 10 failed passwords, to enable the FBI to find the password. Prosecutors want this only for Farook’s phone, to “mitigate any perceived risk to Apple iOS software as to any other Apple device.” The local agency that employed Farook owns the phone and wants Apple’s help. “The user was made aware of his lack of privacy in the work phone while alive,” prosecutors note. 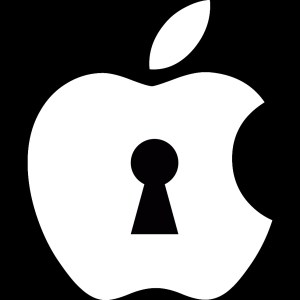 There’s no risk to encryption and the dead terrorist has no privacy rights. So what is Apple trying to protect?

The answer, according to the Justice Department, is a “business model and public brand marketing strategy.” Apple admitted as much last year in explaining to a federal court in Brooklyn, N.Y., why it refused to unlock the iPhone of a methamphetamine dealer. The company had unlocked some 70 iPhones in criminal cases since 2008, so the judge was surprised by its sudden refusal.

Apple’s lawyers explained that customers are so concerned about government access to data that compliance with court orders would “substantially tarnish the Apple brand.”…

Yeah, I bet the families of those murdered by the phone’s owner sit up nights worrying about poor ol’ Apple’s brand.

You want to improve your brand? How about not selling me a phone set to destroy all my data after 10 failed passwords?

I’ll anticipate my libertarian friends’ arguments and say you’re right — I don’t understand the technology. And maybe the fact that I don’t believe Apple when it says it can’t crack one phone without making all iPhones immediately insecure makes me an ignoramus. But I don’t believe it. And even if I did, I would consider granting Apple the power to choose which court orders it will obey to be far too high a price to pay for having an unhackable phone….

97 thoughts on “Apple against our duly constituted authorities”