Yes, that sounds a tad hyperbolic. Maybe it’s so awesome to me because I’m an abnormally huge fan of “Office Space.”

But… it’s just so spot on! It works so well! And it’s such frame-by-frame match with the original! The rapper is so authentic-sounding! Very nicely done. 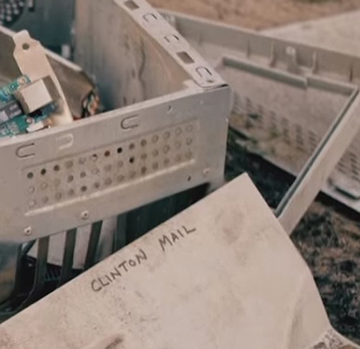 I’ll admit that I was a bit slow on the uptake. For about two second, I wondered, Why are they smashing a CPU? (You’ll recall that, in the movie, it was a printer.)

Which made me appreciate it all the more…

Below is the original. Excuse the language. Yeah, the milder (but still N-word-laced) “Damn it Feels Good to be a Gangster” was memorably used in a different scene. But it’s so closely associated with the movie that it works, beautifully, in the ad.