There’s this jazz musician who has composed tunes about four presidential candidates. From a release I received about it:

How Mr. Roberts came up with Carson as the fourth, I don’t know — maybe he started the project when the surgeon was viable. Personally, I’d consider either Rubio or Cruz as more interesting characters to interpret musically. 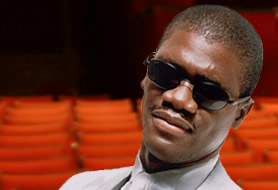 But that’s not my point. My point is that I’ve given the Sanders and Clinton compositions a listen — and I don’t dig them. I don’t mean I don’t like them — I’m neutral on that point — but “dig” in the sense of “get” or “grok” or “understand.”

In other words, I don’t see what the music has to do with either subject.

Oh, I’ve read the rationales — in words. This is an experience that reminds me of Tom Wolfe’s takedown of modern art, The Painted Word — the basic point of which was that art “had moved away from being a visual experience, and more often was an illustration of art critics’ theories.” In other words, you couldn’t get it by looking at it; you had to read the theory.

Well, I don’t see or feel either candidate when I hear these compositions, in any way, shape or form.

18 thoughts on “I really, REALLY don’t get jazz. Or at least, not jazz about Bernie and Hillary”