This is from her Facebook feed, not a column:

I wish I could tell you all everything I know about the Republican candidates. I can’t in a public forum, but you’d do well to focus on governors. 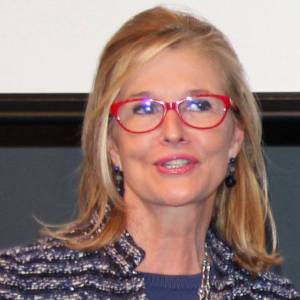 Governance isn’t easy and it’s crucial to have experience. Be wary of those who run for the Senate only to immediately start running for president and who will do anything to get there, even shut down the government, which ultimately hurts the party. Watch out for anyone waving a Bible. Some live as Christians; others proclaim their Christianity. Re-read “Elmer Gantry.” En fin, experience really does matter, folks. Most important, ask yourself, whom would our military troops most admire and respect because that person may well ask them to march into horror and possible death. Also, think hard about the Supreme Court and what the candidates say about what they’d seek. Speaking for myself, I prefer non-ideological justices who honor the text and original intent but ALSO context, which means attentive to the present as well. Wisdom, restraint, intelligence, courage, strength, a disciplined mind, a light heart – and humiliity. These are the qualities we seek even in our friends, isn’t it?

Amen to all that.

Yes, go for those who have governed and taken it seriously. Such as… And always, at all times, vote for the Grownup.