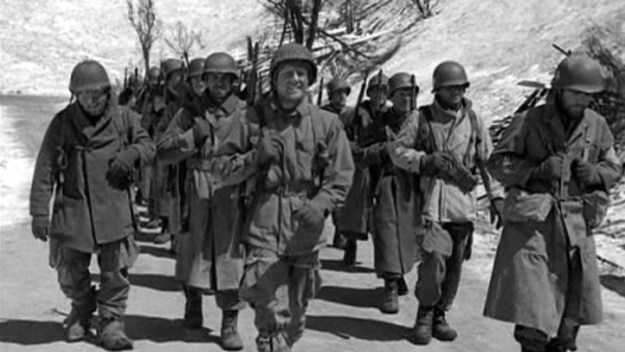 How did I get on this subject? Well, Bryan had said something about liking Scott Walker before he dropped out, and I said he failed to stand out and distinguish himself. All the other candidates have a shorthand character people can describe, for good or ill. For instance, Lindsey Graham, who did no better in the polls than Walker, was known as the hawkish guy with the wisecracks.

So I got to thinking about how we all think we know the candidates, even though we don’t really know them any deeper than we do the characters in a cliche-ridden B movie — as a group of familiar types.

So let’s treat them like old-style contract players and cast them in an imaginary flick about World War II, since most of us are familiar with the genre. The title of the film? I dunno. “Hell is for Sad Sacks,” or something like that.

Lindsey Graham‘s the wise-cracking guy who nevertheless can give a pretty good speech about why we fight, and though he’s obviously no John Wayne, he’ll likely be a passable soldier when the shooting starts. Think L.Q. Jones — the character, not the actor who played him and adopted the name (even though he was poorly cast) — in “Battle Cry.” Think the book version. Only Leon Uris fans will get that, so never mind. Instead, think George Luz in “Band of Brothers.”

Scott Walker is the replacement who gets killed at the start of the first battle, and no one in the unit can remember his name. Or maybe he was a member of another company entirely who ended up fighting alongside the main characters because the drop zones were all messed up. Think Private Hall in “Band of Brothers,” the guy who is the first character killed on D-Day. Or, to switch genres, anyone in a red shirt on “Star Trek.” 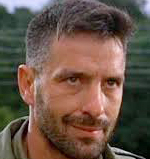 Ted Cruz is the blowhard who talks big about how many Krauts he’s gonna kill, and the first time he’s within hearing of the guns he’s found cowering, quivering, in his foxhole. Everybody hates him — he’s always figuring an angle for getting ahead, at the expense of the other guys in the platoon — so they’re inclined to leave him there in the hole, but someone calls the medic. In “The Dirty Dozen,” he’d be Victor Franko.

Donald Trump is the utterly corrupt quartermaster who runs the black market operations in the area. A real weasel, although a tremendous businessman (ya gotta give him that) he’s all about insulting the other guys in the battalion. He’s even trading with the enemy; anything for the deal. He gets along great with Starshina Putin, his counterpart in the Red Army unit just over the hill. Think Don Rickles in “Kelly’s Heroes.” (He’s not smooth enough to be Milo Minderbinder.)

Jeb Bush is the well-meaning but largely ineffectual officer who lives under a huge shadow. His father was a general and even his ne’er-do-well big brother made a name for himself earlier in the war. He got great grades at West Point but thus far hasn’t distinguished himself. He’s not a bad guy, but he’s not the kind of guy the men are all that eager to follow into battle. Picture Tom Hanks’ kid in “Band of Brothers.” (I’m not going to be cruel and call him Lt. Dike.)

Bernie Sanders is “Pops,” the impossibly old guy who somehow got drafted anyway. The young guys all think he’s great and look out for him, even politely listening to his crackpot ideas about politics, the Army, etc. He likes to freak out the recruits by popping his teeth out without warning. For some reason I’m picturing James Whitmore in “Battleground,” but I’m not sure that’s quite right. Can anyone think of somebody better?

Chris Christie is the crusty sergeant who’s been there and done that and rides the younger guys pretty hard, calling them “craphead” and “boy in the bubble” and such. Maybe Telly Savalas, in either “Battle of the Bulge” or “Kelly’s Heroes;” take your pick. But not in “The Dirty Dozen” — totally different character. Was James Gandolfini ever in this kind of movie? That would be perfect, but I don’t think he ever was.

Marco Rubio is “College,” the guy who earned half a degree before deciding he’d better join up. He’s a slick talker and will probably get into politics when he gets back home. The guys respect him for his ability to talk his way out of KP and such, but he hasn’t proven himself to them yet, and some wonder how he’ll measure up in combat. Think of David Kenyon Webster, the Ivy Leaguer in “Band of Brothers.” 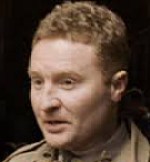 John Kasich is the battalion executive officer, like Major Strayer in “Band of Brothers.” (Yeah, I keep citing “Band of Brothers,” which doesn’t fit the mold of the stereotype-ridden B movie. But there were just so many characters to choose from.) He’s regular Army and he knows his way around and the guys pretty much respect him and accept him in the No. 2 role, but people just aren’t sure how he’ll lead if the Old Man gets hit. This guy doesn’t usually have a lot of lines in the movie. 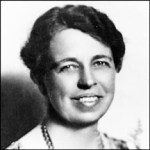 I don’t know who Hillary Clinton is. It’s tough, since the Pentagon hadn’t yet rubber-stamped an OK on women in combat. I’m still working on it… She’s not a nurse (unless we’re talking Nurse Ratched, and that’s the wrong genre), and I don’t see her as the dame back home who wrote you a Dear John letter and broke your heart. Maybe she’s the long-suffering wife of the good-time company commander who chases all the nurses — Deborah Kerr in “From Here to Eternity.” But I don’t see her with Burt Lancaster. Maybe I’ll just say she’s Eleanor Roosevelt. She should like that…