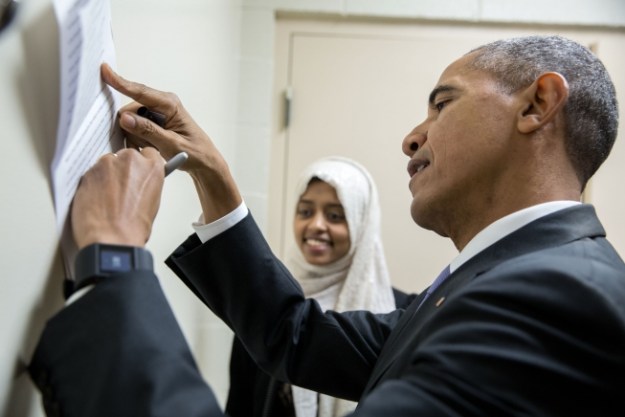 I kind of went “Huh?” when I saw that Marco Rubio had been critical of President Obama’s visit to a mosque, saying POTUS is “always pitting Americans against each other.”

From Trump and Cruz I expect such non sequitur grumbling. Not from Rubio.

The Wall Street Journal‘s editorial board agreed with me the next day:

Republican presidential candidate Marco Rubio gave PresidentObama a hard time for his speech Wednesday at the Islamic Society of Baltimore, and we wonder if the Florida Senator read it. The speech was one of Mr. Obama’s best attempts to fulfill the promise he made in 2008 to promote racial and political comity.

We’ll admit to expecting worse, since Mr. Obama has typically addressed the issue of Islam by apologizing for Western behavior (2009 in Cairo) or analogizing Islamic State to the Christian Crusades (2015 National Prayer Breakfast). But in Baltimore he sought to reassure Muslims about their place in this country by invoking the best traditions of American religious freedom and tolerance….

Yeah. That’s pretty much what I heard.