This morning on NPR, I heard a Republican — a supporter of Marco Rubio, I believe (I missed his introduction) — state the obvious: Donald Trump winning the GOP nomination would be bad for the party — and, far more importantly, for the country.

But that’s thinking small. I get most concerned when I think about the effect on the world. That, of course, is the way I think of the presidency — not someone who’s going to “fight for me” (possibly my least fave political locution) on domestic issues, but someone who will skillfully handle our relations with the rest of the globe.

And when it comes to that… Well, speaking of public radio, I recommend that you listen to this discussion from The Takeaway last week, which looks at reactions from around the world, from PM David Cameron’s statement that things Trump has said are “divisive, stupid and wrong” (which doesn’t bode well for the Special Relationship were Trump elected) to a Chinese view that the alleged Republican is an “April Fool’s joke” (although the same speaker likes him better than Hillary Clinton).

Then of course, there’s the apocalyptic view of Trump from south of the border.

What struck me the most was the comments of Edward Lucas, a senior editor from The Economist (I get deeply embarrassed for my country when I think of such smart people as senior editors at The Economist actually paying attention to this election), who among other things said:

We really need U.S. presidents who are deeply engaged in European security…. And I think what really worries me about Trump is not his off-the-wall comments and his rudeness and vulgarity and so on — it’s the isolationism, it’s the idea that he just really isn’t interested in shouldering burdens with other countries. And we here in Europe really need America as our partner in all sorts of ways…

Of course, he goes on to say that the isolationism of some of the other GOP candidates and of Bernie Sanders worry him as well. But I get the impression that Trump stands out. 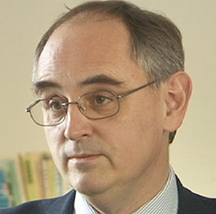 And this is a sharp departure from the norm. Lucas notes that all recent presidents — Reagan, both Bushes, Clinton and Obama have taken a proper, healthy interest in Europe and the world.

But Trump, and some of the other candidates, do not. And that rightly worries our allies.

Of course, I’ll confess that being the Anglophile that I am, hearing these concerns expressed in a posh English accent make them all the more alarming…

6 thoughts on “Want to be MORE worried about Trump? Listen to the world”