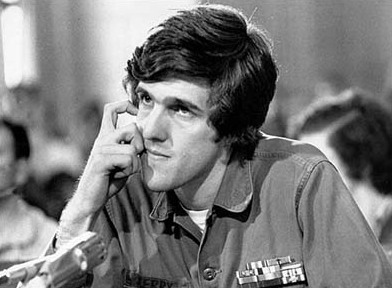 THIS guy’s more hawkish than the president?

I’m not sure I go along fully with the premise of David Brooks’ most recent column (“Dogs, Cats and Leadership,” March 11), but I was very impressed by the anecdote with which it began:

When he was in the middle of his Syrian peace deal negotiations, Secretary of State John Kerry would go to President Obama with a request: Could the U.S. quietly send a few cruise missiles to hit Assad regime targets, just to send a message and maybe move the Syrian president toward a deal.

“Kerry’s looking like a chump with the Russians, because he has no leverage,” a senior administration official told Jeffrey Goldberg of The Atlantic.

Obama continually said no, and eventually grew impatient. Goldberg asked Kerry if he thought he has more of a bias toward action than Obama. “I do probably,” Kerry responded. “I’d say that I think we’ve had a very symbiotic, synergistic, whatever you call it, relationship which works very effectively. Because I’ll come in with a bias toward ‘Let’s try to do this, let’s try to do that, let’s get this done.’”…

Wow. I mean, I knew President Obama was the most reluctant to act militarily within his administration — as Brooks notes later, “His senior advisers were shocked when he announced” that he would not back up his “red line” in Syria.

But to be so markedly dovish in comparison to John Kerry, whose personal legend is so wrapped up in his antiwar activism?

That’s fascinating. Particularly when you consider the president’s willingness to use drones far more than his predecessor, and to send the SEALs in to get bin Laden (the riskiest of the options, which included simply bombing the compound).

Perhaps this POTUS is a bit of a cat — the deadliest of pets, yet inscrutable…

12 thoughts on “Wow, even John Kerry is more hawkish than POTUS”