Her obit, of course, leads with her Oscar for “The Miracle Worker.”

But her name will always be associated with one of the silliest high-concept TV sitcoms ever, “The Patty Duke Show,” in which he played “identical cousins.” I think the idea must have come up when somebody was smoking something exotic while watching “The Parent Trap.” 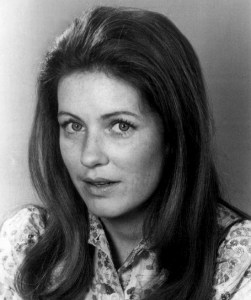 That was one of many shows of questionable value that I consumed so voraciously when I came back from two-and-a-half years in Ecuador without television. I didn’t care how awful it was, I thoroughly enjoyed it all.

Coolest bit of trivia about Ms. Duke? She was once married to John Astin, the original Gomez Addams (Sean Astin, Samwise Gamgee, is her son, but not the biological son of John — it’s complicated). Now there was an awesome show. But at age 11, my tastes were sufficiently unformed that I preferred the Munsters…