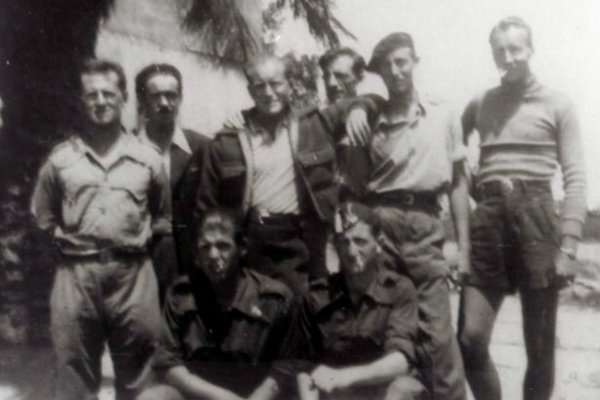 McCain’s favorite Communist: Delmer Berg, standing second from right wearing a beret, with the Abraham Lincoln Brigade in Spain around 1938.

We haven’t had one of these for awhile, since I’ve been opting for the less demanding Open Threads, but there’s real news today, so here goes: