Just wanted to bring to your attention a fascinating dark comedy that recently made its appearance on Netflix, in case you haven’t seen it already. 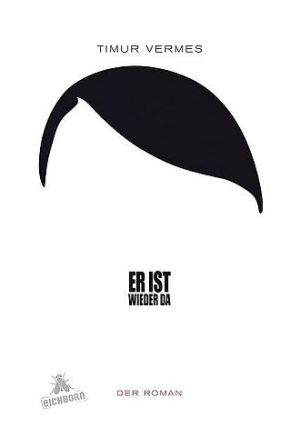 In English, it’s called “Look Who’s Back.” But it’s a German film, and the original name is “Er ist wieder da.” It’s based on a satirical novel of the same name. Here’s the premise…

One day in the present, Adolph Hitler wakes up, disoriented, in a park located on the site of the Führerbunker. He meets up with a desperate man who has just lost his job at a TV network, who uses the Führer to turn his fortunes around. Subsequently, Hitler becomes a huge draw on a popular show called, “Whoa, dude!”

The idea is that no one knows this is actually Adolph Hitler. People think he’s a brilliantly ironic comedian or method actor (since he never drops out of character). They love him. And many come to love him for the wrong reasons.

What makes this interesting is that it punctures our smug assumptions that we moderns are so much better than those awful people who live in the past. Two of the most chilling moments:

Because, you see, while everyone else thinks their using Hitler — to drive TV ratings and such — he is single-mindedly bent on rising to power again.

Oh, and don’t think this is just a German problem, given how well politicians with similar messages are faring in this country in this election year…