After my post about the Richland County Recreation Commission — which is not a part of Richland County government, but one of 500 or so Special Purpose Districts created by the Legislature — Daniel Coble brought the video above to my attention.

I was stunned! As one of only two journalists in South Carolina who have taken much interest in SPDs during my career here, it seems to me a major miracle that John Oliver, an entertainer with a national audience, would actually devote a 15-minute segment to the problem.

And my eyes were opened by the fact that other states had the problem. I’ve seen it as a South Carolina phenomenon, since until 1975 we had no county governments, meaning that lawmakers created these little governments on an ad hoc basis as the need for services arose here and there.

Oliver cites a source saying that nationally, there are 40,000 such governments, which spend $100 billion annually.

What he says here definitely sounds just like South Carolina:

“Special districts are so ubiquitous, and sometimes have so little accountability, states may not even know how many they have, or how much they spend.”

That’s where we are.

He makes fun of Idaho launching an investigation with the aim of simply determining how many special districts it has, but hey, more power to Idaho — to my knowledge, we haven’t undertaken that task in South Carolina. When I say there are 500, that’s a guess made by reasonably informed people. I’ve been told that no one knows, really.

Last time I checked, not even the South Carolina Association of Special Purpose Districts knew for certain. On their website, they say “over 500” (which at least shows they are not pedants, else they would insist on saying “more than 500.”)

Anyway, it’s great to see the problem getting this attention. I hope the topic will get a lot more focus here in South Carolina with the latest allegations regarding the RCRC. 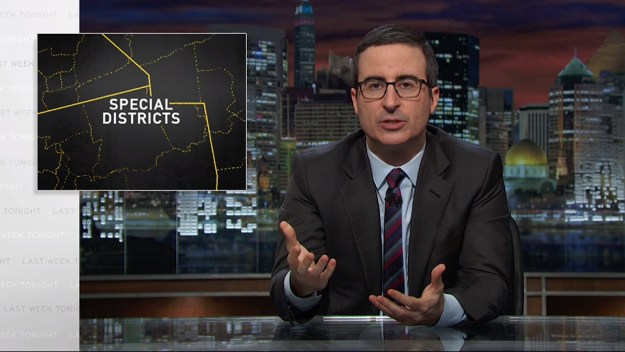