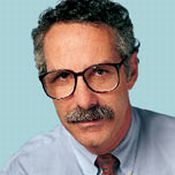 The gender pay gap is back in the news — and it may become a major issue in the presidential campaign. It seems an open-and-shut case of job discrimination. Women earn only 79 percent of men’s average hourly wages. Who could favor that? Actually, the comparison is bogus. A more accurate ratio, after adjusting for differences in gender employment patterns, is closer to 92 percent. Even the remaining gap of 8 percentage points may not stem fully from discrimination….

… if women were paid a fifth less for doing the same work as men, there would be pervasive discrimination. That’s how the pay gap is interpreted by many. They demand “equal pay for equal work.” But that’s not what the pay gap shows. It’s simply the ratio of women’s average hourly pay to men’s average hourly pay. The jobs in the comparison are not the same, and when these differences are taken into account, the ratio of women’s pay to men’s rises to almost 92 percent from 79 percent, say Blau and Kahn….

After all the adjustments, the remaining 8-percentage-point unexplained gender gap could reflect discrimination….

But the persisting gap could have other causes….

Go read the whole thing. I’ve given you about as much as I can under Fair Use rules. (I think. Fair Use is open to interpretation.)

In any case, don’t expect the study Samuelson is writing about or anything else to modify the way Democrats speak about this. That 79 percent, and the assumption that it’s all about discrimination, is far too important to their whole “War on Women” meme to allow it to be sullied by considerations of reality.

Both parties like to trump up issues to generate outrage among their respective bases. This is a favorite among the Democrats.