WASHINGTON — The Treasury Department will announce on Wednesday afternoon that Harriet Tubman, an African­American who ferried hundreds of slaves to freedom, will replace the slaveholding Andrew Jackson on the center of a new $20 note, according to a Treasury official, while newly popular Alexander Hamilton will remain on the face of the $10 bill….

And the best part to me — with all due respect to Ms. Tubman and the noble role she plays in our history — is that Alexander Hamilton will stay on the sawbuck. As I’ve said before, if anyone needed to go, it was Old Hickory.

I celebrated that part of the news on Twitter the other day:

Good. Replace Andy Jackson on $20 bill instead. “Success of ‘Hamilton’ May Have Saved Hamilton on the $10 Bill” https://t.co/DmQTkVuTja

But I neglected to mention it on the blog, so I’m glad to have this opportunity to make up for that. 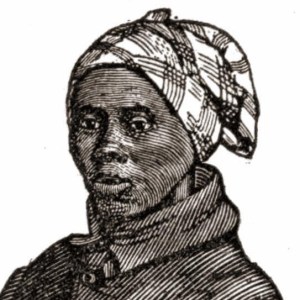 Jackson is one of my less favorite major American historical figures, despite his triumph at New Orleans. I consider his defeat of John Quincy Adams — possibly the best-qualified president in our history — in their second contest to be one of our nation’s low points.

And I feel something of a personal connection to Ms. Tubman — when my wife and youngest daughter moved up to Pennsylvania for a year so my daughter could study ballet there, they lived in part of a house that had been part of the Underground Railroad. Or, at least, its cellar had been.

So I’m quite pleased…

36 thoughts on “Tubman to replace Old Hickory; Hamilton to stay on sawbuck (Yay!)”