I’m reacting to this rather preemptive action on the part of a businessman down in Charleston: 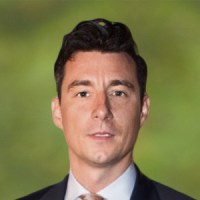 their choice has caused a Charleston-based company to decide to move to the West Coast.

Anthony Watson, CEO of Uphold, described himself as an “openly gay, British CEO.” He said the company will move its U.S. corporate headquarters from Charleston to Los Angeles. Uphold is a financial services company that says it handled $830 million in transactions since its founding in 2014.

“I have watched in shock and dismay as legislation has been abruptly proposed or enacted in several states across the union seeking to invalidate the basic protections and rights of LGBT (lesbian, gay, bisexual and transgender) U.S. citizens,” he said on the company’s website….

Talk about being on a hair trigger. You don’t want to wait a minute and see if the bill gets any traction at all, much less passes?

I hate to break it to this guy, but there’s a distinct possibility that there’s a lawmaker in California just as loony as Lee Bright who will propose a similar bill. Then what is he going to do? It’s a significant feature of representative democracy that people who have a different worldview from you get to vote, too — and elect people like them. So there’s no way to guarantee that someone won’t file a bill that you find unfair, unjust or abhorrent.

People file stupid bills all the time, for all sorts of crazy causes. The time to worry, or for that matter pass judgment on the state in question, is when it looks like it’s going to pass, and be signed into law.

I’m not saying that won’t happen here. It’s disturbing that the bill was just introduced a week ago today, and there’s a hearing on it going on at this very second, as I type this.

But I chalk that up to the committee being chaired by one of Bright’s three co-sponsors, Kevin Bryant. It remains to be seen how many, other than those four, would vote for such a bill.

So, you know, before you make a multi-million-dollar decision, you might want to wait a minute. That is to say, Uphold might want to hold up…

10 thoughts on “Um, you don’t want to wait a minute or two and see if Bright’s Bathroom Bill actually has a chance of passing?”