We’re talking about a bill that fits neatly, or should, into the “people can file a bill about anything, but that doesn’t mean it will go anywhere” category. 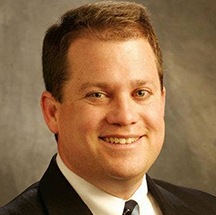 If anyone in the State House agrees with Bright that this is a needed bill, I’ve missed it. Oh, I’m sure some would vote for it, but I’ve missed the groundswell that called for immediate action.

And yet, in the blink of an eye by State House standards, they’re having a hearing on this? While critical legislation that speaks directly to lawmakers’ core responsibilities languishes? So did lawmakers deal effectively with road funding and DOT reform and ethics reform when I wasn’t looking, thereby clearing their decks for this stuff?

This thing was introduced less than a week ago. Unfortunately, the news story didn’t get into what I want to know, which is how this hearing came about — who decided to schedule it, and how. It doesn’t even mention which committee is holding the hearing.

In any case, it says Bright hopes he can have the bill to the Senate floor by next week. And given the speedy hearing, I suppose he has every reason to hope that.

12 thoughts on “What?!?!? They’re having a HEARING already on the Bathroom Bill?”