Richland County Council’s Paul Livingston stepped out into the line of fire today with an unabashed defense of the county’s doings with an op-ed piece headlined, “Facts show Richland penny tax is a success.”

If I’d been standing near him at the moment the piece hit the Web, I’d have moved away quickly. (But I’d have been cool about it, acting like I’d suddenly remembered something I need to run home for or something. Wouldn’t want to look cowardly or anything.) 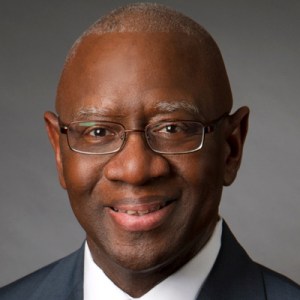 What began as a welcome audit of the program has morphed into an effort to undermine one of the best hopes Richland County has of reaching its full economic potential while providing a consistent, quality transit and transportation network that enhances the quality of life for all citizens.

I have not seen any evidence to support claims of illegal activity and corruption on the county’s part. Integrity is extremely important to me, and I take it personally when someone attacks my integrity.

County Council has only followed the will of the people. We haven’t done anything different than what voters requested and approved….

The fact is that a solid foundation has been laid to deliver on the promise of a modern bus system and better roads, bikeways, sidewalks and other special projects that will improve transportation.

The fact is that the COMET, crippled by a 45 percent reduction in service a few years ago, is now flourishing: It has restored lost service, introduced new routes, improved bus stops, adopted new technology to enhance riders’ experience, and more. Ridership has increased 150 percent.

And our roads and sidewalks are being fixed. Already, 76 roads have been paved or resurfaced, and other dirt road paving and resurfacing projects are underway….

But go read the whole thing at thestate.com.

An alert reader has pointed me to a tough rejoinder posted by Susan Quinn, a Facebook friend of mine (and, a quarter-century back, a student of mine that one semester that I taught a newswriting course at USC). 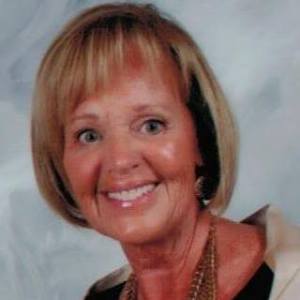 While Mr. Livingston basks in the glow of a few dozen county road getting their potholes patched thanks to the Penny Transportation Tax, let’s recap some of the facts he evidently doesn’t wish to deal with.
FACT 1: The Penny Tax Development Team LLC has never obtained the required city or county business licenses and could be required to repay fees and possibly fines.
FACT 2: Millions of taxpayer dollars have been filtered to numerous outside PR firms when the County itself has a full-service PR department. I’m referring to Banco Bannister and Campbell Consulting (which, BTW, provided no documentation for work performed). I’m also referring to other businesses who have been awarded (using the phrase, “allowed to steal” has such a negative connotation) thousands of taxpayer dollars for alleged PR services (including one business …Strategic Business and Politics, LLC…which received $169,687 and which has its office in a UPS Store…sound fishy?)
FACT 3: The Penny Tax Development Team LLC has submitted exorbitant monthly invoices for items such as cars, cell phones, computers, internet services, printer paper and gourmet coffee. They’ve even submitted invoices for pest control services! And those pest control services did nothing to control the pests robbing us taxpayers! These expenses totaled over $35,000 FOR ONE MONTH, according to information obtained under a Freedom of Information request. And these are just some of the expenses the county will actually admit to!
FACT 4: Let’s not forget the $300,000 deals to people paid who had no training to do the work they were hired for, like the former City Councilman attorney who needed training on doing title searches and the former USC cheerleader turned real estate agent.
FACT 5: And let’s also recall the hundreds of thousands of dollars filtered to select individuals through the “Mentor-Protégé” program…a phony program that never even existed!
These are just a few facts that have come to the surface in the cesspool that is Richland County government. There are bound to be more as our county leaders get away with their multi-million (billion?) dollar blatant fleecing of us tax payers.