Despite our perception of the parties being monolithic on the issue of abortion, in South Carolina, that’s not quite the case. 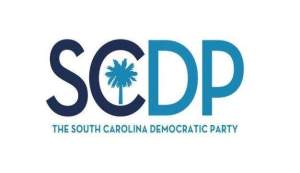 At least not among Democrats.

Remember when the S.C. House voted last week to ban abortion at 20 weeks or later, sending the bill to the governor?

Well, all 29 of the votes against came from Democrats. No shock there.

But it should be noted, at least in passing, that eight of the 79 votes for the bill came from Democrats.

To be specific, these Democrats:

You can find the vote breakdown in the House journal for that day.

Is there a commonality? Well, they’re all from smaller, more rural communities rather than any of the metropolitan centers of the state. Your big-city Democrats — such as Beth Bernstein, Chris Hart, Mia McLeod, Todd Rutherford and James Smith — all voted against.

Their reasoning for stepping out this way? I don’t know. If I had time, I’d interview all eight, but I don’t have the time right now. Maybe some of them would say they’re not pro-life, but have other reasons for their votes.

It’s just that I’ve noted this pattern on previous votes having to do with this issue, and I’ve never seen it get any media attention, so I thought that this time, I’d at least point out what the record shows.

And yeah, it could use some followup.

But in the meantime, I see it as positive. At least on the Democratic side, we have some representatives in South Carolina who think for themselves, even on an issue seen as the ultimate litmus test.

37 thoughts on “Apparently, there ARE pro-life Democrats in South Carolina”