With Reince Priebus and other GOP “leaders” abasing themselves by lining up behind Donald Trump, a few brave, principled conservatives continue to plot a third-party run.

Or at least, they were three days ago when this story was posted; the way things are going this effort could have collapsed by now:

A band of exasperated Republicans — including 2012 presidential nominee Mitt Romney, a handful of veteran consultants and members of the conservative intelligentsia — is actively plotting to draft an independent presidential candidate who could keep Donald Trump from the White House.

These GOP figures are commissioning private polling, lining up major funding sources­ and courting potential contenders, according to interviews with more than a dozen Republicans involved in the discussions. The effort has been sporadic all spring but has intensified significantly in the 10 days since Trump effectively locked up the Republican nomination.

Those involved concede that an independent campaign at this late stage is probably futile, and they think they have only a couple of weeks to launch a credible bid. But these Republicans — including commentators William Kristol and Erick Erickson and strategists Mike Murphy, Stuart Stevens and Rick Wilson — are so repulsed by the prospect of Trump as commander in chief that they are desperate to take action…. 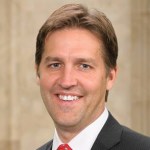 Ben Sasse and John Kasich were mentioned as possible standard-bearers for this effort. But since the story was posted, Kasich has told them to count him out. And the cattle-like rank and file of his state party have fired a shot across Sasse’s bow to help him get his mind right (hang on a sec… I’m trying to think whether I can plug any more metaphors into that sentence… No… OK, let’s move on…).

The story raises this as an objection:

Further tempering the current talks on the right are fears that an independent conservative candidate could forever be a pariah by splintering the Republican vote and ensuring victory for the Democratic nominee.

But why is that an objection? If you’re a real Republican, and want to save your party from the short-fingered vulgarian, don’t you want him to lose and lose decisively, so that maybe this sort of thing never happens again? (Not that his supporters are susceptible to logic, but they do hate a loser.) Backing a conservative insurgent would seem to be the best way of furthering that result without coming out and voting for She Who Must Not Be Named, which would cause most Republicans’ heads to explode.

That seems to me as good a reason as any to back a third option — if you can get anyone to be the candidate, which remains doubtful…