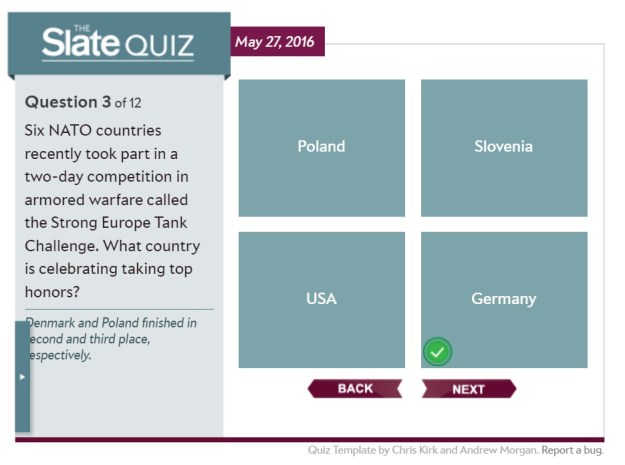 OK, there are a lot of reasons, but here’s a dumbed-down, grunt-grunt macho one he might actually understand:

We need to make sure Germany stays on our side.

Somehow I missed this news last week, until it turned up on the Slate News Quiz today:

Six NATO countries squared off last week in the Strong Europe Tank Challenge, a two-day competition that pitted some of the alliance’s best tank crews against each another in a series of events centered on armored warfare.

The challenge, which concluded Thursday and was held in Grafenwoehr, Germany, was the first of its kind there since 1991. The competition was designed to foster “military partnership” while showcasing the ability of NATO countries to work together, according to a U.S. Army statement.

Germany took top honors in the competition, followed by Denmark and Poland in second place and third place respectively.

The challenge, co-hosted by U.S. Army Europe and the German Bundeswehr, is a nod to the Cold War era and a tacit acknowledgment that NATO will need well-trained conventional forces if it ever has to go to war with a newly-emboldened Russia….

Back the last time we weren’t on the same team as ze Germans, they had the best tanks (and the Leopard 2A6s they won with this time look, to my untrained eye, creepily like Tigers). But we won by showing up with way MORE of them than they could produce. We tried that this time, too — every other country sent a single tank platoon to the competition, but we sent two. To no avail, as it turned out. They beat us anyway.

Good thing they’re on our side now. We need to keep it that way, despite what Donald Trump says…. 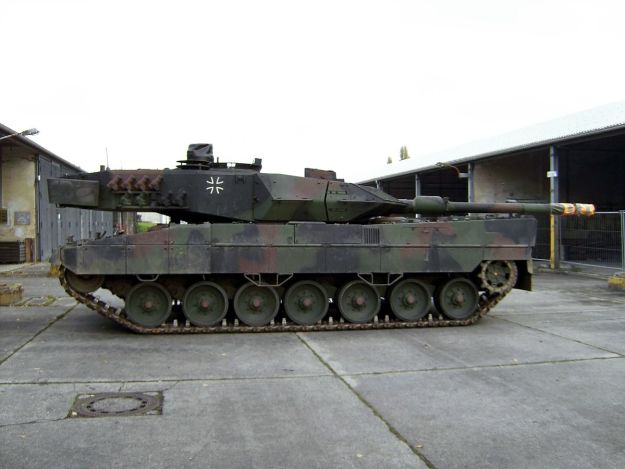 2 thoughts on “Here’s why we have to stay in NATO, Donald”